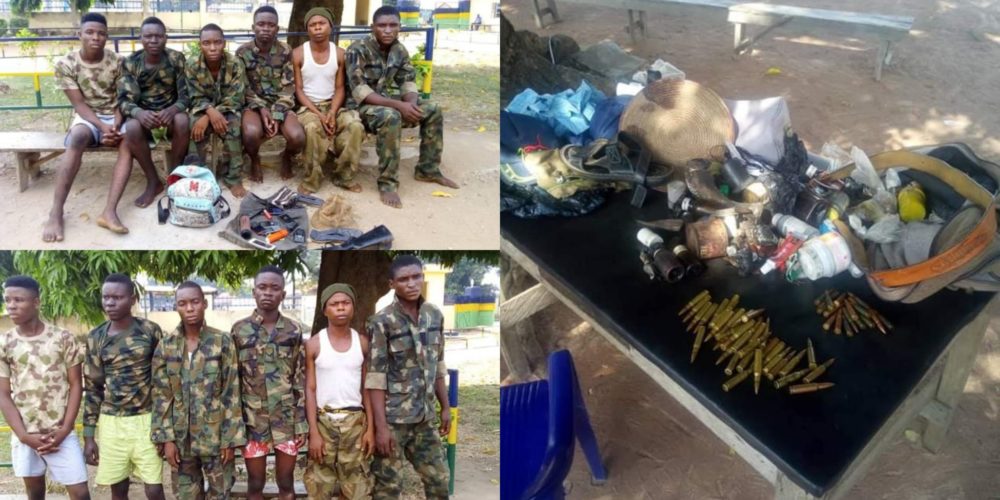 The police have arrested a gang of armed robbers in Benue State.

The six armed robbery suspects were arrested on November 19, by men of the Operation Zenda based on a tip off.

Spokesperson for the command, Moses Joel Yamu, said the suspects wore military camouflage and robbed commuters along the highway. 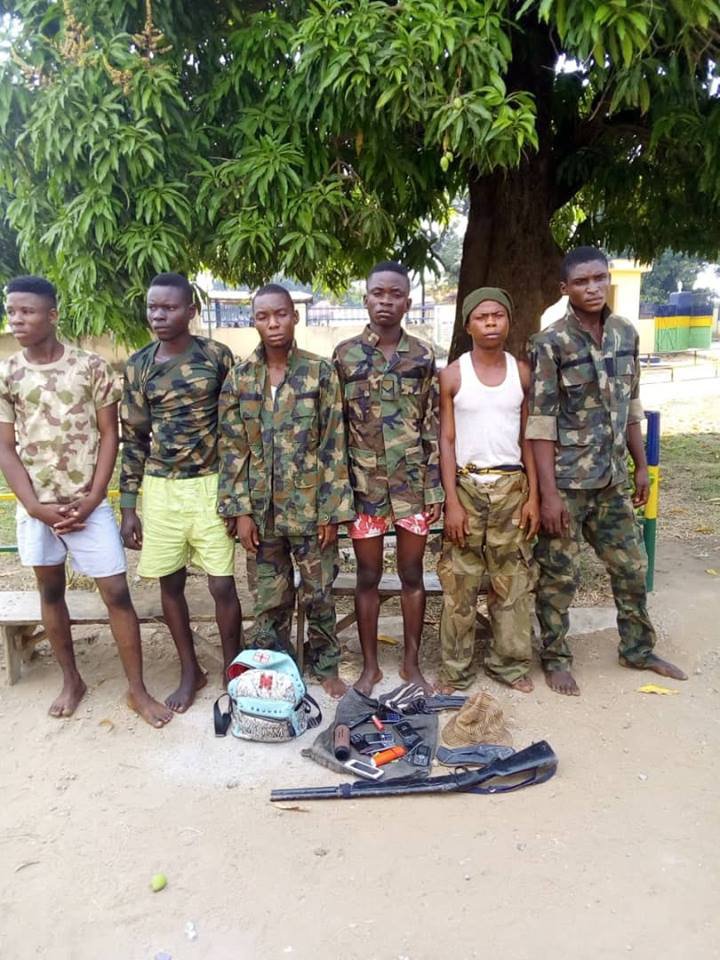 The suspects confessed to be part of a gang of nine, terrorising unsuspecting members of the Public along Gboko-Ugbema-Katsina Ala axis and dispossessing them of their valuables.

Effort is on to arrest remaining members of the gang. Their names are: 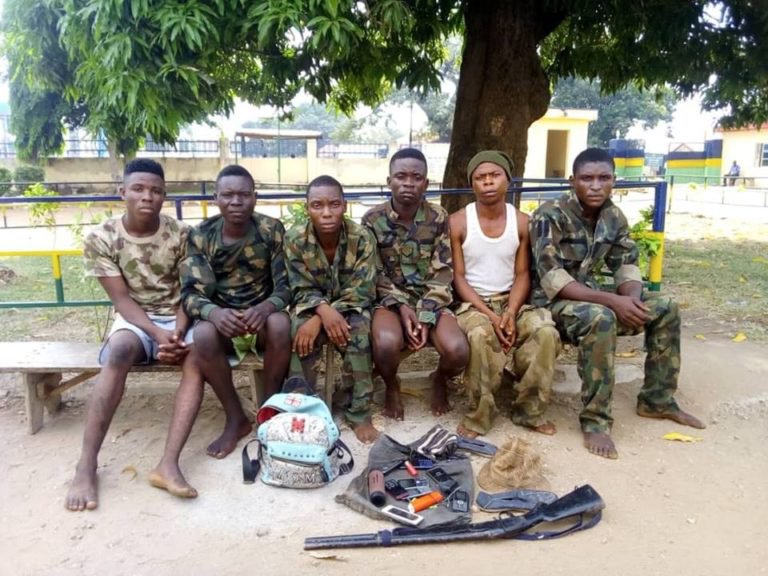 Items recovered from them include: 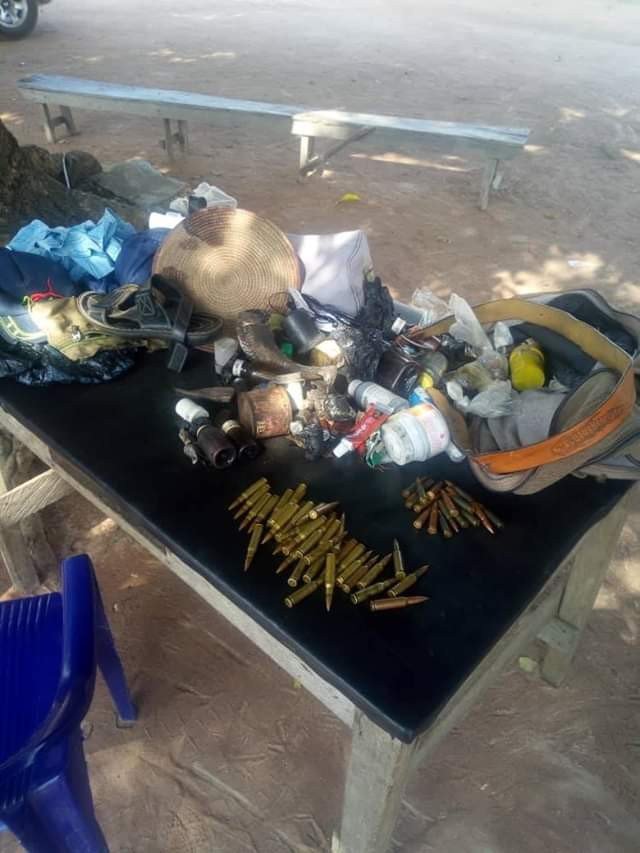 In another development, men of the Counter Terrorism Unit (CTU) while on stop and search at Sati Agirigi Village Katsina Ala-Takum road sighted and suspected two persons on a Bajaj Motorcycle approaching them.

The suspects quickly turn in an attempt to escape but were given a chase. They dropped their handbag containing Fifty Five (55) ammunition of various calibres and some dangerous charms. Effort to arrest the fleeing suspects in progress.