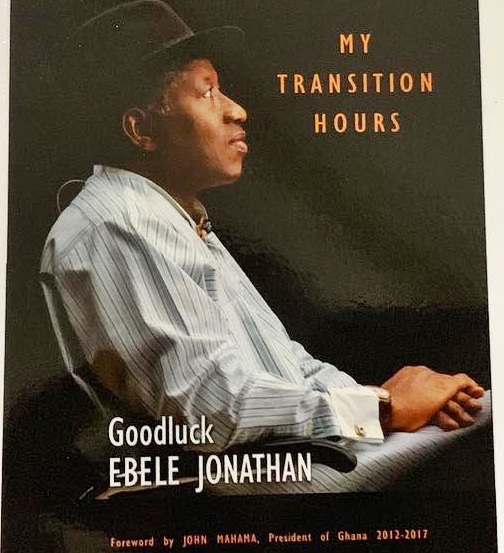 Goodluck Jonathan, has revealed how former governors of his Peoples Democratic Party (PDP), who defected to the then opposition All Progressive Congress (APC) because they were “blinded by ambition” and a barrage of “fake news,” cost him his bid to be reelected for a second term in office.

According to PREMIUM TIMES, the immediate past president made the claim in a book about his tenure in office titled: “My Transition Hours” being launched on Tuesday in Abuja.

The ex-president who lost the election to his challenger, Muhammadu Buhari, with just over 2.5 million votes, also blamed northern leaders who wanted power returned to their region for sabotaging his reelection bid.

“This time around, there were governors who were rounding off their eight years tenure and were blinded by ambition,” he wrote about his re-election bid in 2015 having been overwhelmingly voted for in the 2011election.

“Some governors wanted to be Vice President whilst others strived to be the President. If I contested none could realise his ambition.

“This muffled implosion would fully manifest in the buildup to the 2015, which each ship-jumper calculating how much he or she would take from the PDP or the most opportune moment to cause maximum damage and based on that, plot their exit.

“As they jumped ship in preparation for the 2015 elections, only very few of this lots, if any at all, bothered about what the PDP did or did not do in terms of delivering our campaign promises.

“Their opposition to my re-election was principally driven by personal ambition. They therefore played up the issue pf where I come from and the faith, I professed to fuel their burning ambition. My performance mattered quite little, if it mattered at all,” he wrote.

Jonathan added that in a twist of fate, most of the governors and other prominent members of the former ruling party who plotted against him are now being victimised in the APC.

The former president also said he faced a barraged of opposition from Northern leaders and socio-political group who felt he was usurping power from the region. He said these northern power blocs had tried to deny him of his constitutional right of replacing the late president Umaru Yar’Adua, who died in office, in 2010.

“In spite of the threats and provocations to make the country ‘ungovernable’ for me, I had the overwhelming support of Nigerians in the run-up to the presidential election in 2011.

“I was able to win the election to the grace of god and the love of Nigerians. The election was all but won even before the whistle was blown for some strong factors. To mention a few, the pressure to preclude me from contesting in 2011, met with solid indignation from majority of Nigerians.”

He said in 2015, some northern leaders continued to oppose his presidency and his bid to seek a second term in office, but a new element was added to the opposition: “constant fabrication of damaging stories”.

“Many reasons make the onslaught in this context very suspect especially as it was being managed by foreign experts mostly from the United States.

“Throughout my tenure in office as President, there was constant barrage of what Donald Trump has now termed ‘fake news’ coming from a well-oiled media propaganda machine. I can say as a matter of fact that were never any snipers in training or already trained. There were no lists of political enemies to be taken out.

“There was no missing $49.8 billion and more importantly I can say that even those who made these and other allegations knew that they were false. This probably explains why many of these allegations died a natural death even as the echoes of my retreating footsteps still resounded nationally and globally,” he wrote.

He said he faced unending insults during his tenure and one that was particularly bemusing to him was the tagging of his presidency as “clueless” despite a number of firsts the country recorded during his tenure.

He said his tenure heralded “phenomenon economic growth” for the country, the most prominent of which was the 2013 declaration of Nigeria as the largest economy in Africa.

He was it was no ordinary diplomatic feat for the country to be elected into the Security Council of the United Nations twice during his tenure.

He added that it was during his administration that a Nigerian, Akinwumi Adesina (his Minister of Agriculture), became the president of the African Development Bank for the first time.

Share
Facebook
Twitter
WhatsApp
Previous articleThe Spirituality Behind Sleeping With A Man – Lady Writes
Next articlePhoto: 115 Plastic Cups Found In The Stomach Of Mighty Whale That Washed Up At A Beach
- Advertisement -