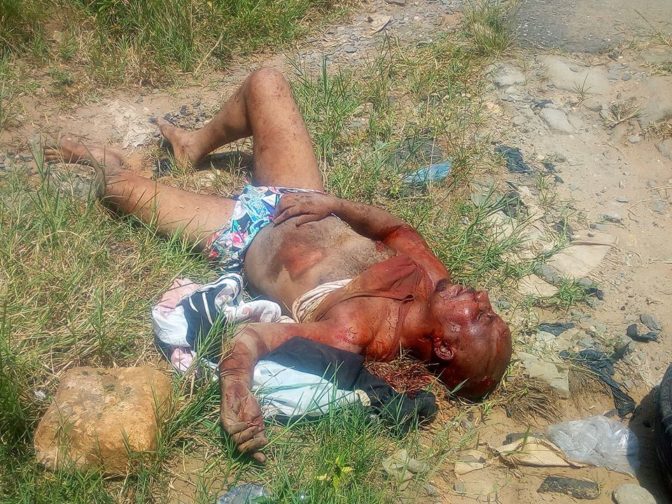 The robber lynched by the mob

An angry mob has descended on robber before lynching him to death following a robbery operation in Akwa Ibom on Sunday.

It was gathered that the suspected robber snatched a motorcycle from a man along with two of his gang members along Ikot Okoro road in Abak local government area of the state.

After successfully snatching the motorcycle from the victim, an alarm was raised which attracted the youths of the area as they chased the robbers and caught one of them while his accomplices escaped.

The young man was beaten mercilessly before he was set ablaze by the residents as can be seen in the pictures. 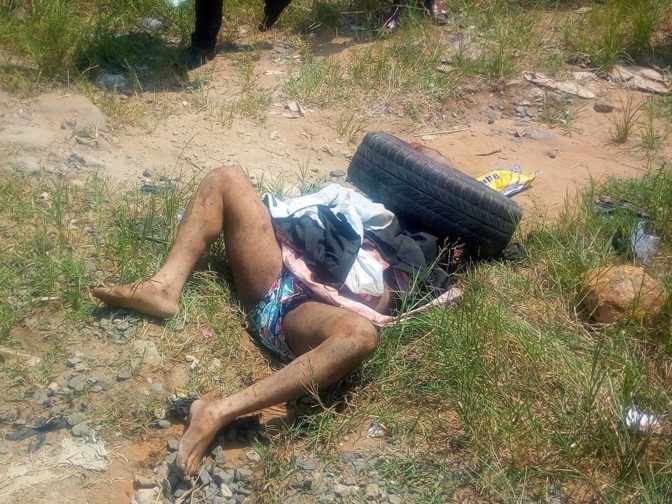 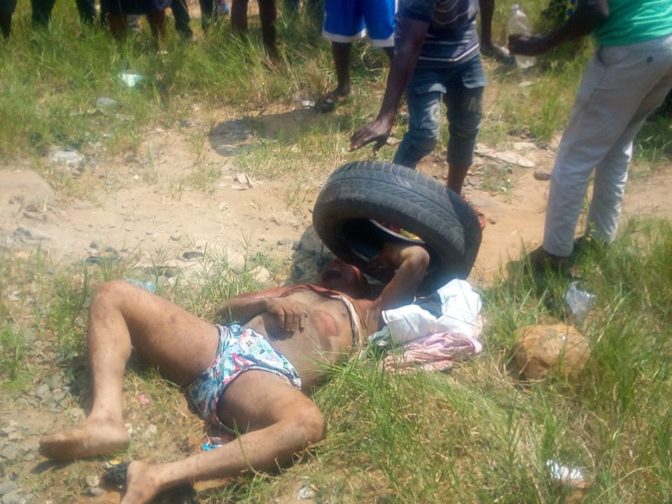