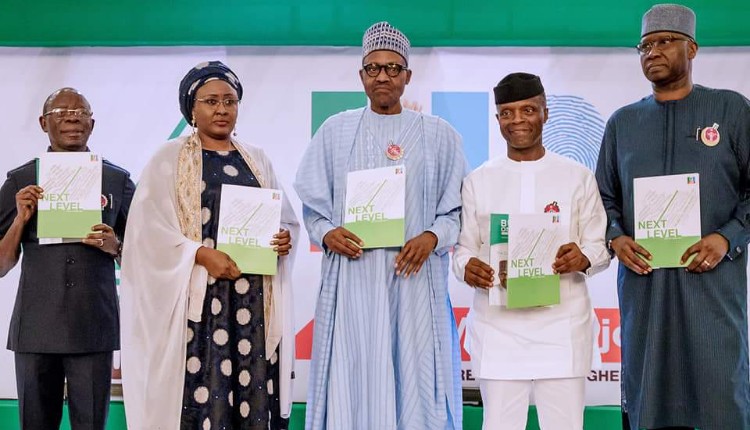 The Presidency has frowned at the media report on unceremonious departure of some service chiefs from the venue of the launch of “Next Level 2019’’, describing it as “absolutely unnecessary”.

Malam Garba Shehu, the Senior Special Assistant to the President on Media and Publicity, made this position known in a statement in Abuja on Monday.
The launch of the Campaign Manual/Next Level Document took place at the Banquet Hall of the Presidential Villa, Abuja.

The presidential aide, who was reacting to a report by one of the national dailies, explained that the service chiefs had wanted to witness the event only to leave before it got underway after discovering the nature of the event.

The statement read: “the media should have asked what brought the Service Chiefs to the “Next Level 2019” event at the State House, only to leave before it got underway.

“They were mistaken in their assumption that this was a non-political event, to showcase the achievements of the administration, the success of which they are part.

“Hardly were they seated than did the Minister of Defence, Brig-Gen. Mansur Dan-Ali ask them to leave as this was a political gathering.

“They quickly left, even before the arrival of the President and for the event to get under way. The fuss over this is therefore absolutely unnecessary.”

President Buhari had on Sunday inaugurated campaign manual for his re-election in 2019 with a call on politicians to be peaceful and decent in their campaigns and avoid any act capable of setting the nation ablaze.

“I’m not unmindful that the National Assembly and the Presidential campaign starts today, I will implore candidates to go about the campaigns peacefully and decently.

“We have no other country, let us not set it ablaze because of politics,’’ President Buhari said at the event, which was witnessed by Vice-President Yemi Osinbajo and wife of the president, Aisha Buhari.