Home News Feed South Africa Increases Minimum Wage To N91,762 As Nigeria Struggles With N30,000
Facebook
Twitter
WhatsApp
As Nigeria struggles over the implementation of the new minimum wage, South Africa has signed into law a new N91,762 for workers. 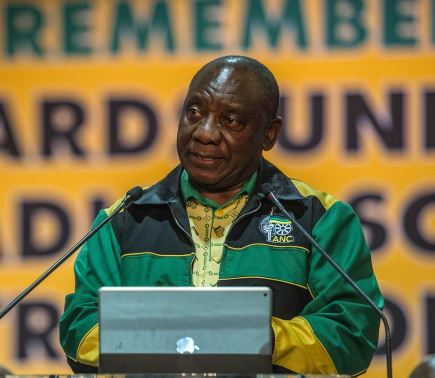 South Africa’s President Cyril Ramaphosa has signed into law the national minimum wage bill, his office said on Monday, part of efforts by the government to tackle wage inequality in Africa’s most industrialized economy, according to Reuters.

This is coming as Organized Labour is battling with Nigeria’s government to sign its agreed N30,000 minimum wage into law.

The law will come into force on a date to be determined by Ramaphosa, the presidency said.

Supporters of the minimum wage say it will reduce inequality and stimulate economic growth as workers spend more.

But critics say it could lead to increased unemployment, already at record highs, because some employers won’t be able to afford higher wage bills.

Thousands of union members protested against the proposed minimum wage in April, saying it was too low.

Ramaphosa’s office said in a statement that while the national minimum wage will not end income inequality, it was a first step towards addressing the clamor for a living wage.