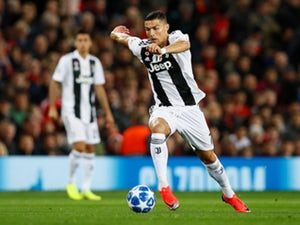 Juventus welcome Valencia tomorrow in the UEFA champions league at the Allianz arena looking to bounce back from their defeat to Manchester United last time.

The Italian champions still sit at the top of their group after the defeat but they still need at least a win from their remaining two matches from the group stage of the competition in order to make it to the next round of the competition.

Their head coach, Massimilano Allegri, while Fielding questions from journalists today ahead of their clash with the Spanish outfit, Valencia,was full of praises for Cristiano Ronaldo.

The Portuguese international who is the competition’s all time highest goal scorer was described by the gaffer as a a striker and an assistman.

What he said below: