THIERRY HENRY ON THE ROPES

The All Progressive Congress(APC) has launched a counter-attack on the newly sworn-in deputy governor of Bayelsa state, Lawrence Ewhrudjakpo...
Read more

The sacked deputy governor-elect of Bayelsa state, Biobarakuma Degi-Eremienyo has called a press conference where he stated that he...
Read more

Rep Introduces Bill On Automatic Employment For Graduates After NYSC

Four lecturers of Adamawa State Polytechnic, Yola, have been dismissed after investigation revealed that they were responsible for modifying...
Read more 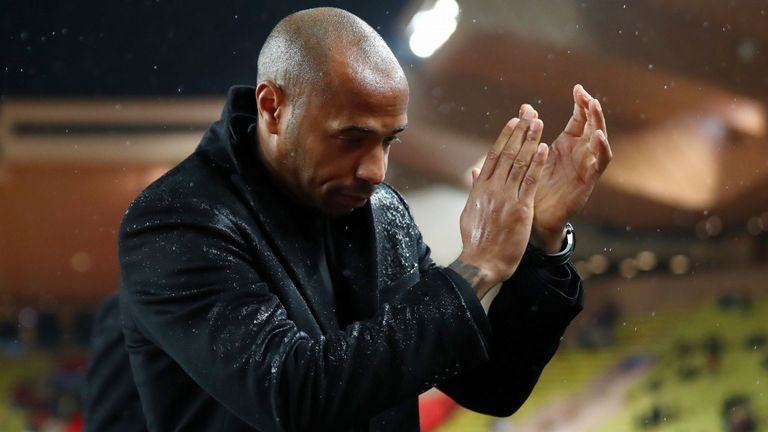 AS Monaco faced a humiliating 4-0 defeat to Club Brugge in the Champions League as problems continue to pile on for under fire manager, Thierry Henry.

Henry is still without a win in 5 outings as manager. He is till yet to prove his mettle and failing in his promise to guide his boyhood club back to winning ways but instead watched from the dugout as the visiting Belgian side scored 3 goals within 25 minutes.

Arsenal has recorded a vital away win over Greek side, Olympiakos during their knock out stage clash on Thursday. The pulsating encounter which was evenly...
Read more

Manchester United has recorded a first leg advantage over Club Brugge following their 1-1 draw during the Europa league on Thursday. The Red Devils are...
Read more

Online gambling has been around since the early 2000s, but many may not have heard of these casino platforms or even tried them.  Before playing...
Read more
- Advertisement -