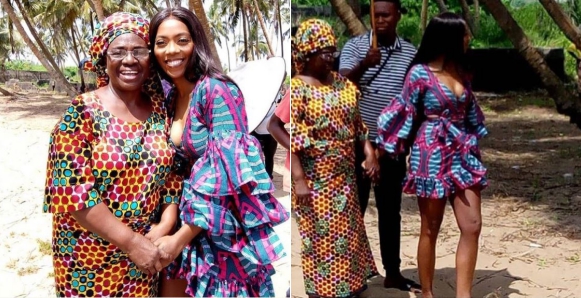 Iya Rainbow was spotted on a music set with the ‘Mr Lova lova’ crooner for the video of the music titled, ‘One’.

The duo appeared to have an interesting chemistry on set as they posed for pictures with bright smiles.

Tiwa Savage was recently accused by Danny Young for allegedly stealing his lyrics for her new song, “One.”

According to the young singer, Tiwa Savage lifted some of his lyrics in his song ‘Oju Twon’ to make up her song ‘One’.

“I never knew I would be a victim of intellectual property theft until now. The worst pain is that my song was stolen by Tiwa Savage who happens to be one of my favourite female artists,” the singer wrote.