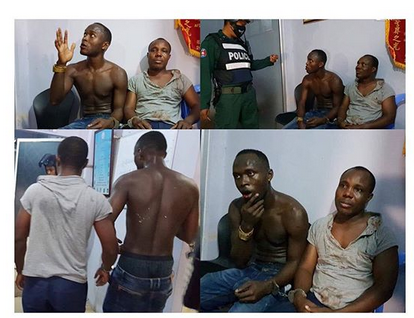 Two Nigerian men are now risking deportation from Cambodia after they were arrested for engaging in a street fight, on Monday, at street 392, Sangkat Beung Keng Kong1, Khan Chamkamorn, Phnom Penh.

Nmegbu Joseph, 28, and Michael Daniel, 43, were initially arguing in a restaurant before they hit the street to exchange punches.

The police were later called and the duo were taken to Beung Kenkong police post for case preparation before being sent to the Immigration Department.