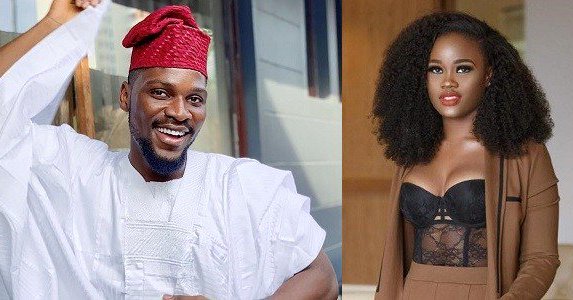 Big Brother Naija housemates, Tobi and CeeC were close to being reconciled recently but the former certainly didn’t want it and he has got fans’ tongues wagging.

In a new video making the rounds online, show promoter, Paul Okoye was seen trying to bring the former love interests together but Tobi was reluctant as he said he’d rather die than be reconciled with CeeC.

In the video, Paul holds on to CeeC and then tries to hold Tobi too as to bring them closer to each other but Tobi is seen removing himself from Paul’s arms as he walks away saying,

“Oga Paul, I no gree this one, una go kill me first”

One can’t easily tell if the duo had another serious encounter after the big brother house which warrants to Tobi’s action but it’s clear that the photographer doesn’t want to have anything to do with her… at least, not yet?

Could it be that he’s still hurt from how she treated him in the Big Brother house or something else happened? Perhaps, the tables have turned and he’s bitter that she’s now with Leo? Who knows?!

Watch the video below,