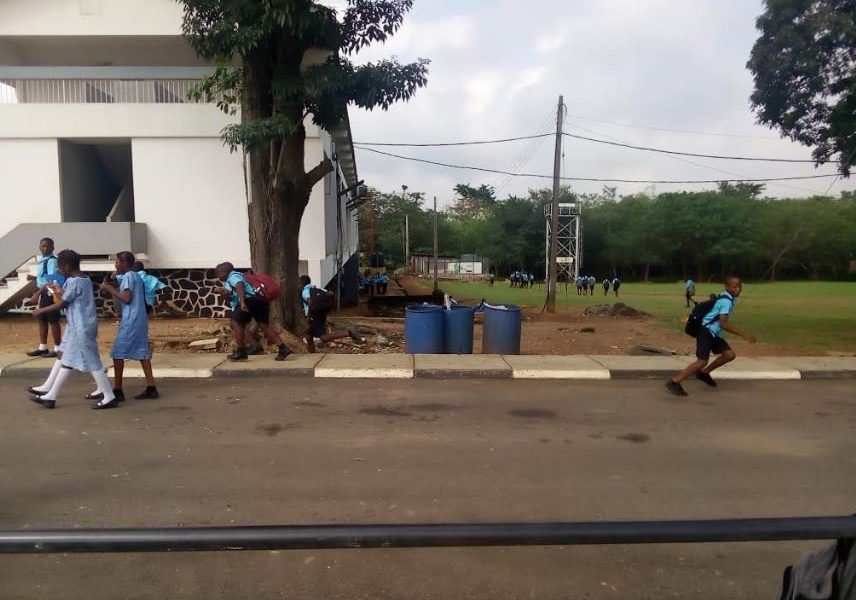 The International School, Ibadan has been shut down after several female students showed up to school wearing hijabs.

The school, under the management of the University of Ibadan, had according to Punch received a letter from a group called International School Muslim Parents’ Forum.

The group had address the letter to the school, saying their children would be exercising their constitutional rights by wearing their hijabs to school.

Hijab wearing for young Muslim girls, apart from the fact that it is part of their religious belief, is part of their God given fundamental human right as well as the constitution of the Federal Republic of Nigeria.

Abideen Aderinto, the Deputy Vice Chancellor Academic, however shared that the school will not tolerate the methods of the forum.

Aderinto asked that the parents who make up the group go through the required process if they want the rules to be changed. He said:

I am the chairman of the Court of Governors and I am a proud Muslim.

International School, Ibadan is a private school. The University of Ibadan does not fund it. It is funded by the fees collected. It is unfortunate that this is coming up now.

Even the Parents Teacher Association is not aware of the idea by this group. Indeed, some other Muslim parents expressed shock when they heard about this forum.

Since its establishment in 1963, the school has not experienced any religious crisis and we want to guide against it.

The Muslim and Christian students have a place to worship in the school. Whoever is desired to change the rules should go through the process.

The teachers do not feel safe and so could not have taught anybody, because it is a strange development.

I appeal to these people to stop their action and allow peace to reign in the school.

It is even strange that this matter was not discussed at the Parents Teachers Association headed by another Muslim and lawyer, Mr. Kazeem Olaniyan.