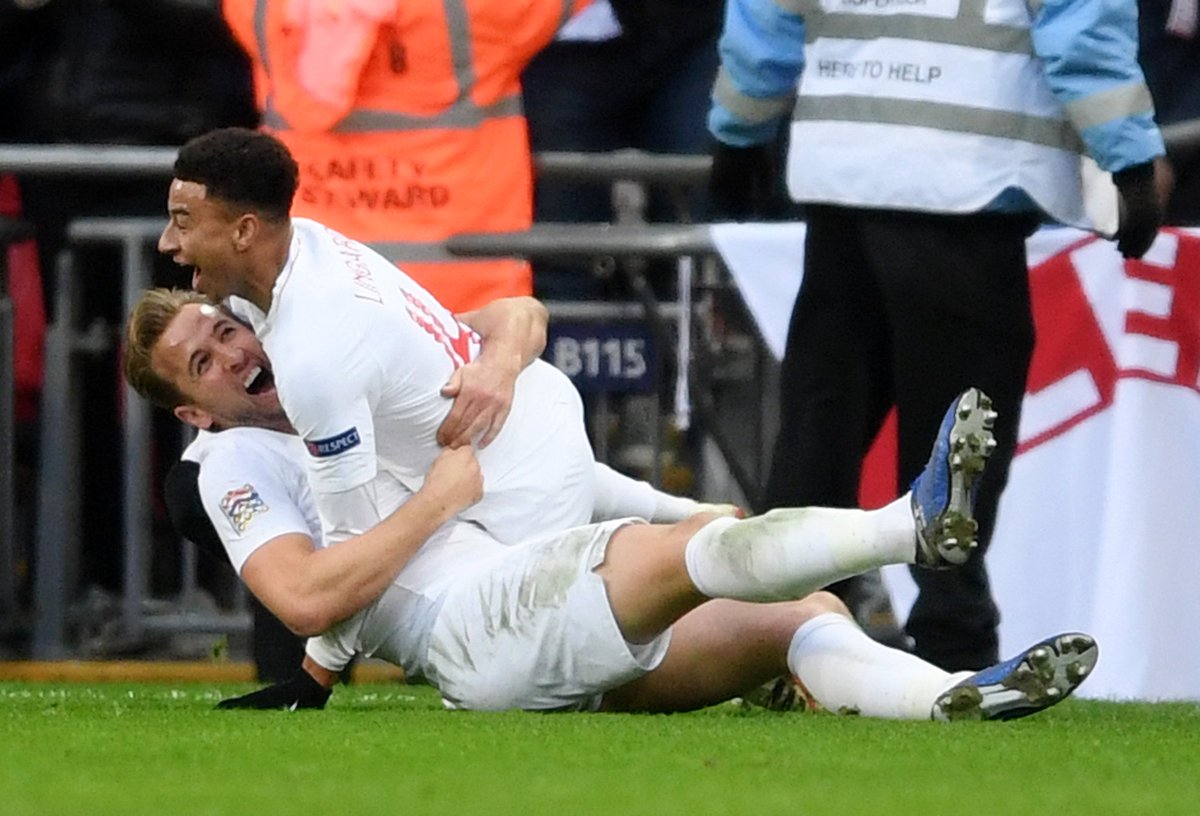 England made it to the UEFA nations league finals which would take place in June next year by defeating World cup finalists at the just concluded FIFA World cup tournament in Russia, Croatia, by two goals to one during their clash at Wembley stadium yesterday.

The English side had to come back from a goal down after Croatia opened the scoring in the second half. They got back into the game after Manchester United midfielder, Jesse Lingard, leveled things up before the team’s captain, Harry Kane went on to net the winner in the 85th minute.

Harry Kane who just couldn’t get over the amazing feat then took to his twitter handle at the end of the match to react by thanking the English fans.

To hear that atmosphere at Wembley today was superb. What a year it has been in an @England shirt and even more exciting times ahead. Proud of the squad. Proud of our fans. #ThreeLions 🦁🦁🦁 pic.twitter.com/lunFRVclfl