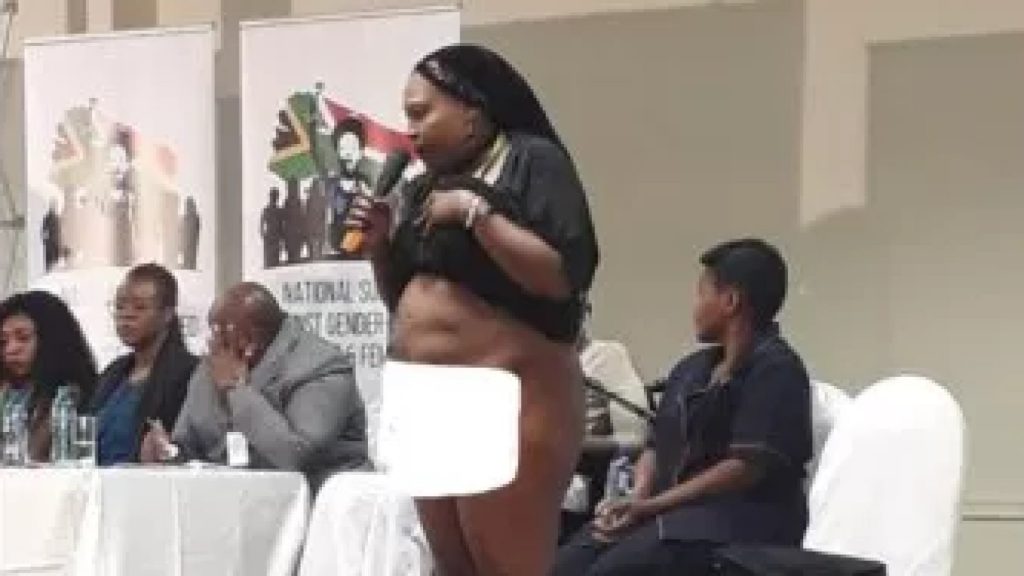 A woman Ausi Phindile reportedly stripped naked in public to show the scars from when she was gang raped.

This happened on Thursday, November 1, 2018. The president of South Africa Cyril Ramaphosa was reportedly present at a Gender Based Violence Summit where the victim revealed the old wounds.

According to many reports Ausi Phindile who spoke at the event took off her clothes to emphasize the danger women are exposed to.

More reports confirm that she submitted to five surgeries in the abdomen following her experience with her attackers.