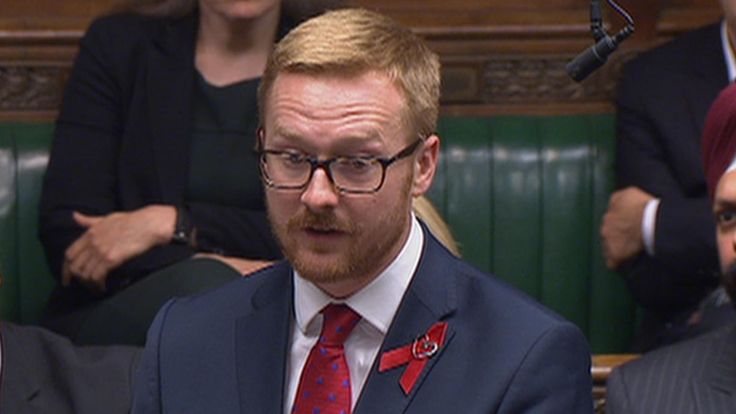 The UK House of Commons was thrown into a state of surprise today, after a MP revealed to his colleagues that he has had HIV for 10 years.

Labour’s Lloyd Russell-Moyle made the revelation during a House of Commons debate on Thursday on the world HIV and AIDS day.

Moyle, 32, who’s the Kemptown and Peacehaven MP, also gave kudos to the “world-class treatment” he has received from the NHS since being diagnosed of HIV at the age of 22.

“I have not only survived, I’ve prospered, and any partner I have is safe and protected.”

He, however criticized the UK government’s “reluctance” to make HIV prevention drug PrEP available on the NHS as “disgraceful”.

“We now know of cases of young men who have tried to gain access to PrEP, who have been turned away and who have subsequently contracted HIV.

“These men’s HIV statuses were entirely avoidable. The government must now act to prevent this from happening again.”

HIV conjures images of gravestones and a life marked by tragedy.”

“The reality is that today, the prognosis is wildly different to what it was when it was bought to the public’s attention.

“If treated, someone who is HIV positive, like myself, can expect to live a long and full life with little to no side-effects from the drugs regime.

“I hope that my coming out serves to defy the stigma around the disease. I hope that more people will understand that effective treatment keeps people who are HIV positive healthy, and it protects their partners.

“[I hope] that my story might encourage others to get tested and ultimately begin their treatment earlier on.”

Share
Facebook
Twitter
WhatsApp
Previous articleOwl causes panic at the Akwa Ibom State House of Assembly, as the battle for the house leadership goes on
Next articleBribery Videos Mere Blackmail – APC Federal Lawmakers Pass Vote Of Confidence On Ganduje
- Advertisement - Ad ==> TRUTH FINALLY OUT! Discover how a young Nigerian graduate now makes a consistent 40k per week doing a legitimate online business. You too can start yours now, click here!!!

The Bayelsa state police command has released the photos of some thugs who broke into the Opolo country home of former governor, Seriake Dickson. According...
Read more
- Advertisement -