Michelle Avila, 23, and Christian Kent, 20, were found dead from a drug overdose in her

To their family and friends, Michelle Avila and Christian Kent seemed like a walking advertisement for the perfect Orange County couple.

They were Newport Beach natives, with the sun-kissed blonde hair and surfing skills to prove it.

But then one morning Michelle, 23, and Christian, 20, were found dead from a drug overdose in her childhood bed.

Their shocking deaths have shattered their families and highlighted the growing problem of opioid addiction in the affluent beach community.

On the night before their death on October 14, the couple had been at a party at a friend’s house.

Her parents said Michelle didn’t ‘party too much’, choosing instead to spend her time with Christian and their close group of friends in the area.

Michelle and Christian had both been sick with a cold and were taking antibiotics. She told her parents Paulo and Adriana Avila that she didn’t plan to drink that night.

After they came back home around 12.30am, Michelle wished her mother good night and laid out her clothes for a 6am shift at a Newport Beach coffee shop where she worked.

When Adriana came home from work at 4pm that day, she found the couple dead in bed.

‘They both died and they were hugging each other.’

It will take months for Michelle and Christian’s toxicology reports to be completed, but Paulo is certain they died from a drug overdose after talking to police and experts. 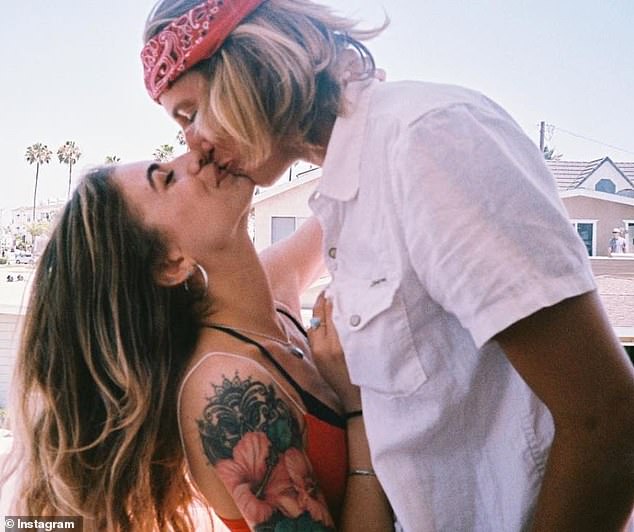 Paulo said Michelle and Christian planned to transfer to California State University, Long Beach together after the spring. She dreamed of being a journalist

Still, he told the Orange County Register that right now he has more questions than answers.

Paulo and Adriana moved Michelle and her sister to Newport Beach when they were young, thinking it would be a safer place for their girls then Los Angeles.

Michelle had been a star student growing up, once even receiving a letter from President George W Bush to honor her achievements.

She had spent the last few years traveling across Bali, Indonesia, Costa Rica, Japan and Brazil before she began modeling and studying communications at Orange Coast College and moved back to her parents’ home to save money.

Paulo said she and Christian planned to transfer to California State University, Long Beach together after the spring. She dreamed of being a journalist.

‘She was going to follow her sister,’ he said. ‘She loved writing, she loved to write, she loved speech.’

‘She was an old soul,’ her mother added. ‘Always with her coffee, her writing, poems, her pictures, her words.’

Michelle was known for writing down lyrics or phrases that caught her eye.

She was especially drawn to the phrase ‘life is a gamble’, which was tattooed on her arm and written in her Instagram bio. 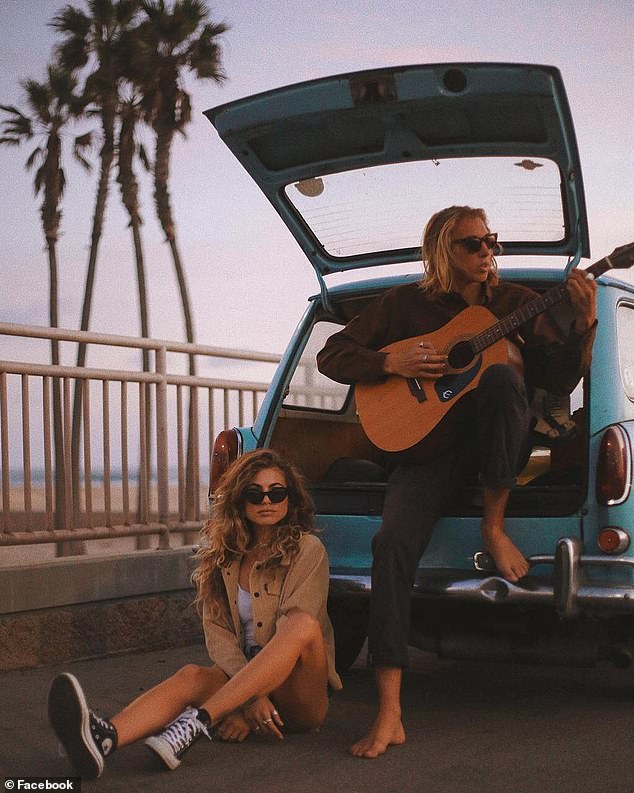 Family said that Michelle and Christian fell in love quickly, dating for a year before he moved to San Diego for college

Family said that Michelle and Christian fell in love quickly after they first met at a coffee shop where she worked, dating for a year before he moved to San Diego for college.

Michelle frequently posted photos of the couple on Instagram, sharing their various trips together and frequent outings to the beach.

‘Today I had to say goodbye for now, to my best friend and partner in crime,’ Michelle wrote in a loving tribute to her boyfriend on Instagram in August.

‘I remember the day you came into my work, smiled at me with those eyes and asked me for my number. You found me at just the right time, andlife has been one hell of a ride since!’

‘It’s crazy how two souls can connect so deeply and quickly. You are so special and smart and gonna kill it at university!’

‘Can’t wait for some more amazing memories to be made.’

A month before they died, Michelle posted another tribute to Christian.

‘Waking up next to you is such a good feeling,’ she wrote. ‘Like all my worries and problems have drifted far away, and the only thing that matters is being in your arms and enjoying the moment as much as I can, because I know it won’t last.’