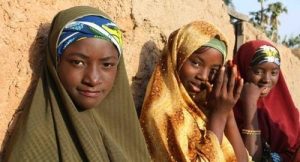 The population of out of school children in Nigeria has risen from 10.5 million to 13.2 million in 2018, making it the highest in the world. According to the United Nations Children’s Fund (UNICEF), most of the kids are in the northern part of the country.

“Sixty prevent of that population are girls only, and you know when you bring it back home, every girl becomes a mother or a woman who would in turn take care of other children. And a woman who goes to school it has a ripple effect, an economical ripple effect.” Educational psychologist, Mayowa Adegbile said

She also added that Boko Haram and strict adherence to cultural practices contribute to the increase of out of school children in the country.