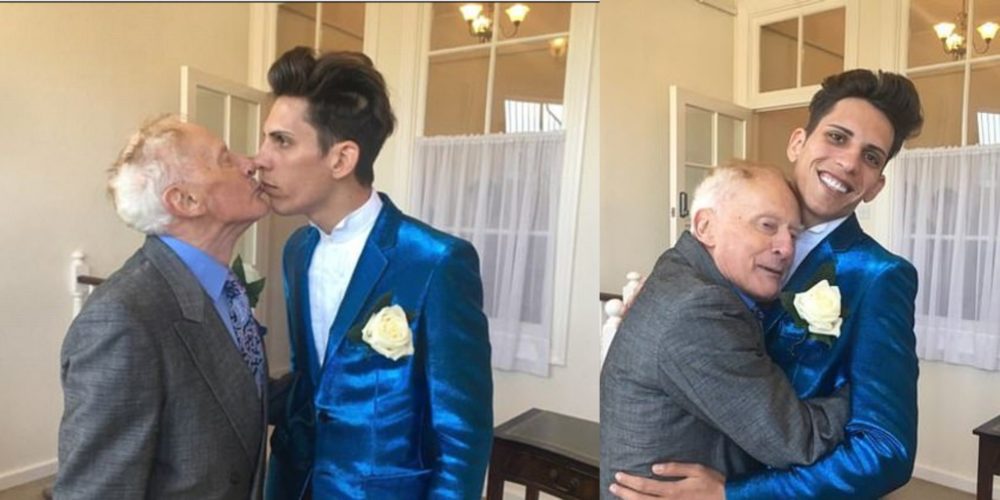 An 80-year-old former vicar who spent £100,000 wooing his Romanian toyboy before they broke up has revealed they are back together in an ‘open relationship’. 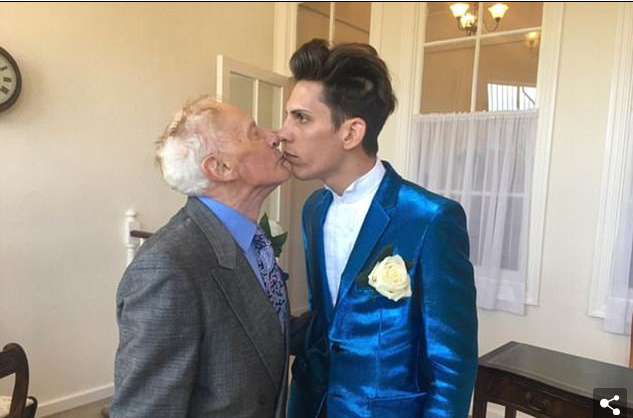 Philip Clements fell in love with Florin Marin after meeting him on a gay dating app. The pair got married in April last year and the ex reverend sold his Kent home to move to a £100,000 flat in Bucharest.

But a rift grew between the pair over Florin, an aspiring model, clubbing until the early hours.

After just a matter of months Mr Clements moved back to the UK.

Now, the pair have told The Sun they are giving things another go despite living thousands of miles apart.

The 80-year-old Brit said: ‘When I was separated from him, and in times past, I virtually had a depressive breakdown because I missed him. ‘It was like losing an arm or a leg. I knew for certain that I needed him. ‘You can’t explain these things scientifically.’

The pair are talking over chatting app Whatsapp every day as Florin works in Spain.

Despite living apart they are ironing out their differences with Florin claiming it is Mr Clements who has had to do some learning about love.

Florin said to The Sun: ‘Now it’s much better than in the past.’Philip had to change from the beginning to understand more my culture, from where I come from, how I am… all this stuff. 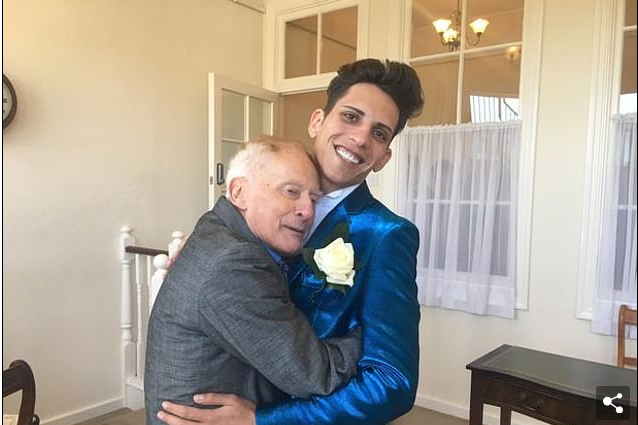 ‘Sometimes he doesn’t understand the culture – he’s English, I’m Romanian, I have my manners, he has his manners. ‘We don’t think the same.’

Philip added: ‘I love him to bits.’Sometimes we have a little row but underlying it all I have a deep affection for him.

When it comes to their sex life the couple said Philip is more tactile.

He said: ‘I’m probably more tactile than he is. ‘He just likes to be asleep when we are in bed at night. ‘But we do have a very, very intimate and close relationship.’

‘At one time, he used to shove me out of the way in the bed.

The Church of England’s rules state that clergy cannot enter same-sex marriages. Civil partnerships are allowed but must remain celibate.

The former parish priest said he had repressed his sexuality throughout his career because of the church’s stance on homosexuality but is now able to be his ‘true-self’.