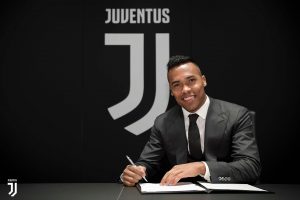 Brazilian left-back ‘Alex Sandro Lobo Silva’ has signed a new Four-and-a-half-year deal with Italian Champions, Juventus, keeping him at the club until 2023.

The 27-year-old has made 134 appearances for the Bianconeri, scoring 9 goals and assisting 18. Sandro was signed from Porto for €26 million in 2016. He has also been included in the Serie A team of the season since 2016.

”139 appearances, nine goals, 18 assists, but above all quality, intensity and determination. Alex Sandro and Juve, the story continues” Juventus shared via social media