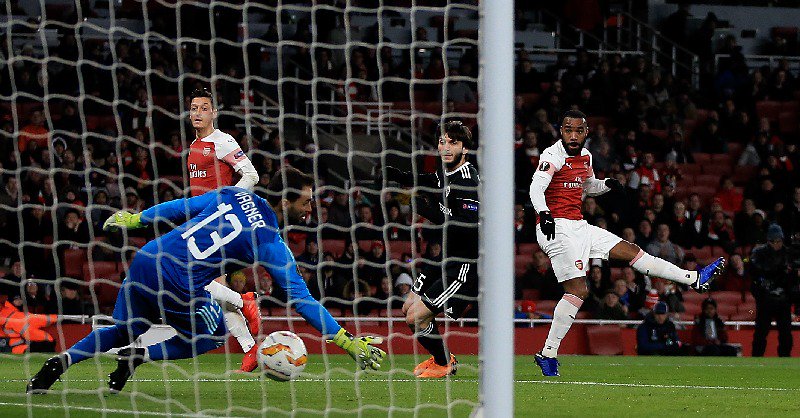 French International, Alexandre Lacazette,  ensured Arsenal’s unbeaten run stretches to 22 by notching the only goal of the match during their mouth watering last Europa league group stage match of the current campaign against Qarabag FK at Azersun Arena  in Baku, Azerbaijan, yesterday night.

With the victory yesterday, Unai Emery side have now made it 22 matches unbeaten across all competitions with their only defeats of the season coming in the early season when they lost to both Manchester city and Chelsea respectively in the domestic league.