Angry workers of the National Assembly are currently protesting the non payment of salaries arrears and allowances. The protesting workers were said to have barred senators and members of the House of Representatives from sitting at plenary.

Entrances to the two chambers were blocked by hundreds of protesters, sending back any NASS member, who came for plenary – The worker have said, no plenary would hold, until alerts for salary arrears and allowances are received. 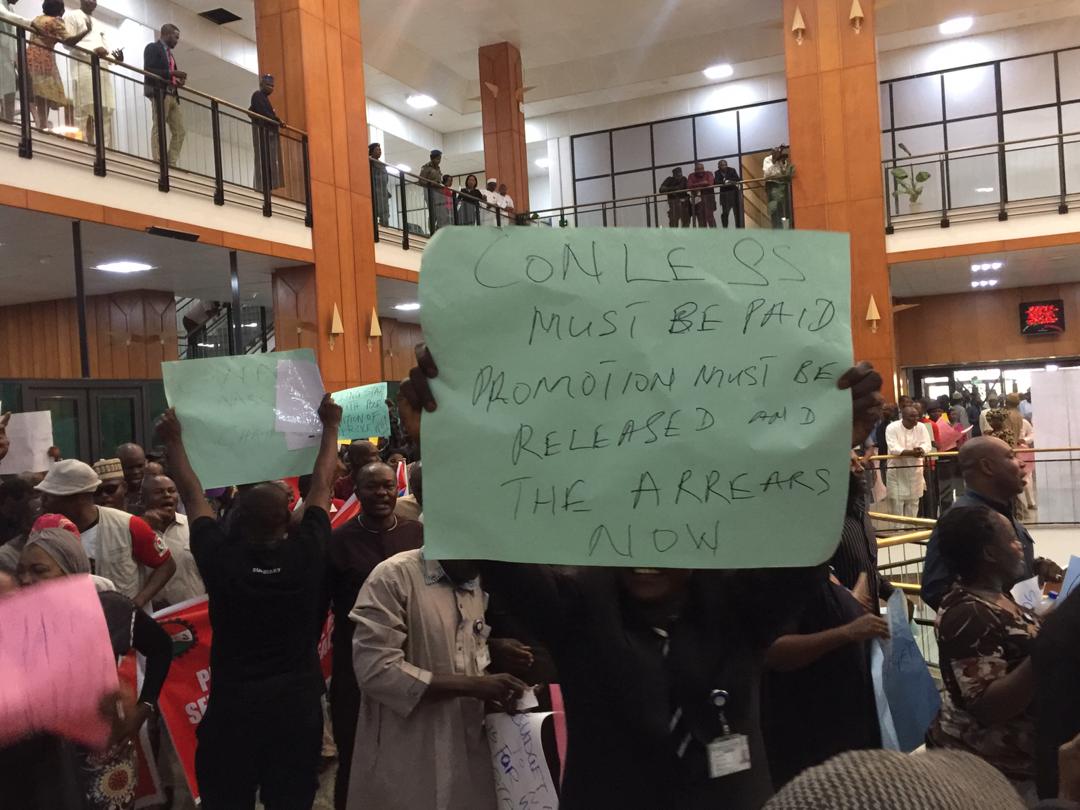 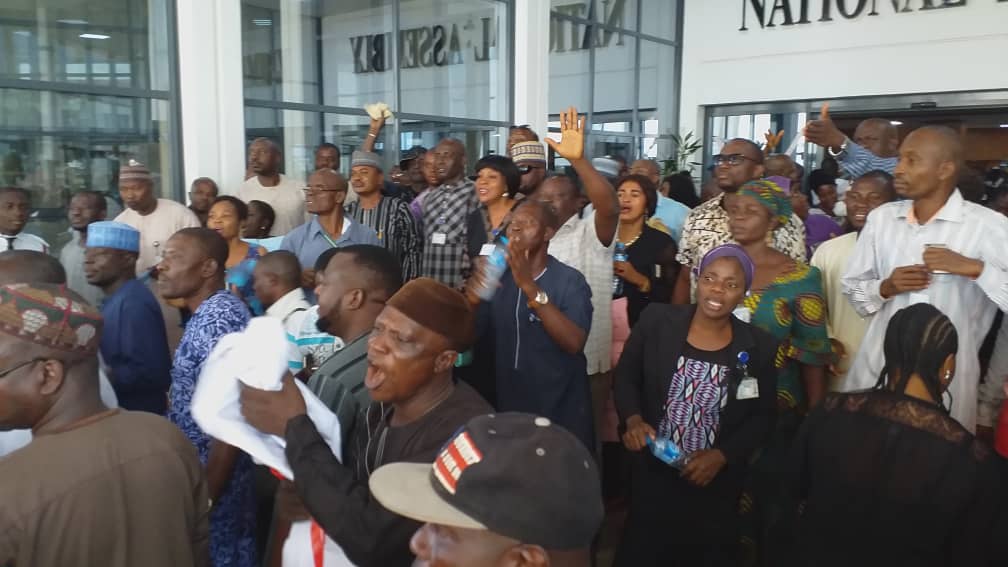 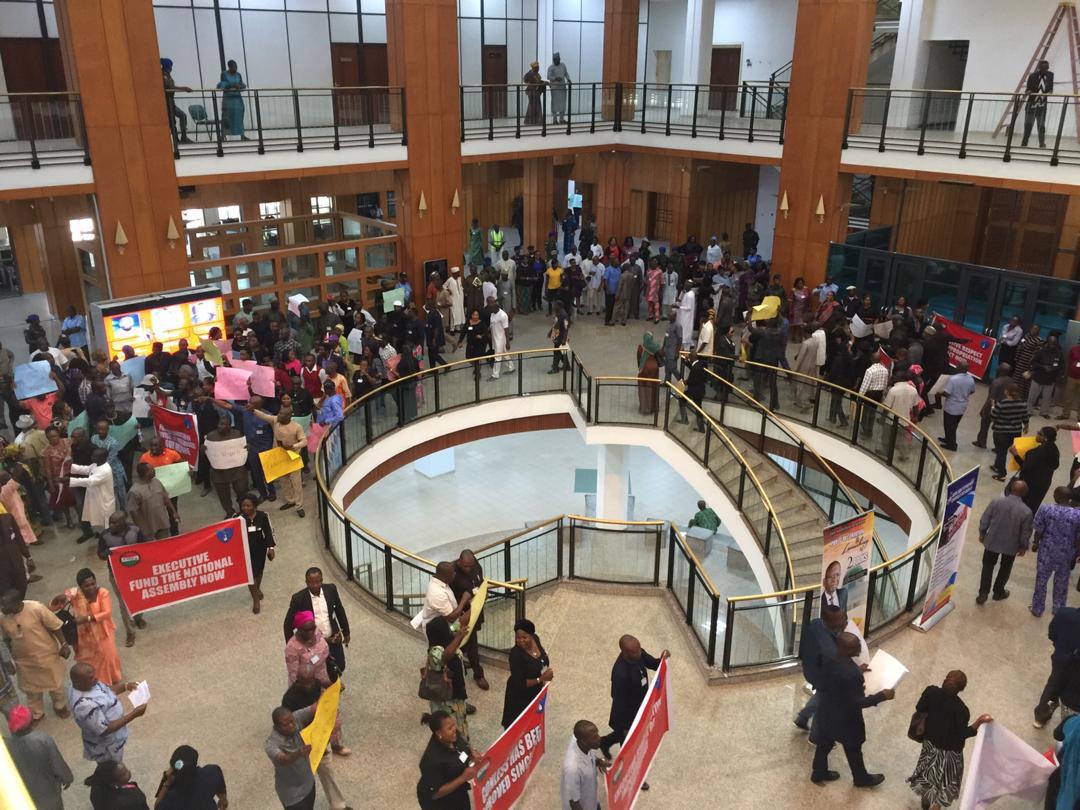