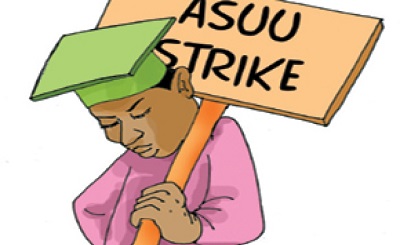 The Federal Government has withdrawn the recent threat to activate the ‘no work no pay policy’ against striking University teachers.

This was disclosed by the National President of the Academic Staff Union of Universities, ASUU, Prof. Biodun Ogunyemi, in a chat with Vanguard.

Ogunyemi also said that the negotiation meeting between ASUU and the Federal Government would continue on Monday, stressing that what the union was doing was to rescue the education sector from imminent collapse and to ensure that the children of the poor get access to quality and affordable education.

The ASUU boss also said that last Friday’s meeting between the two parties did not yield much results.

He said: “Well, we have confirmed that they have withdrawn that threat (no work no pay). So it appears the threat is not there for now. But even if the threat is there, we are prepared for that because for our members, no sacrifice is too much to salvage Nigeria’s education.

“Shortly before our action while the NLC (Nigeria Labour Congress) hullabaloo was going on with federal government, they went to the Federal Executive Council that they were activating that rule.”