Home News Feed Be The Best: Check Out 5 Easy Ways To Be A 1st...
Facebook
Twitter
WhatsApp 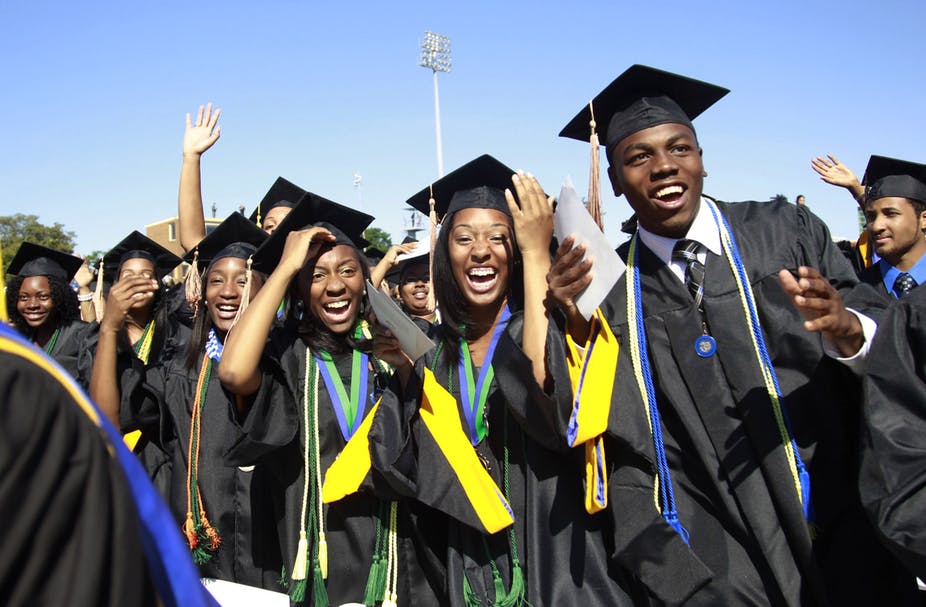 Many students aspire to bag a first class degree or be regarded as an A student in their fields of study at various universities and colleges but is attaining or achieving this feat an easy task? Absolutely! YES, especially if the person follows the right steps and tips.   The reason why most students hanker to be a first class student or be regarded as an A-student in their fields of study are numerous. This is particularly as a result of veneration by others to such excellent performing students.  It also helps the person to develop confidence and make others associated with him or her proud of them, be an authority in a field as well as find opportunities with regards to scholarships, sponsorships, grants and employment. The following tips will help you attain this.

1. Start from Day 1: To be an excellent performing student, it is imperative to start and have this goal in your mind from the very first day in school. You can achieve this by writing what you wish to achieve in your varsity or school down in a jotter or a small book you will be looking from time to time. A friend once told me “I could remember when I was in my first year in the varsity, I wrote down five things I wanted to achieve in the university, of which one is bagging a first class in my field of study. After 5 years, it was achieved. The fact is starting from day one eases the process and the journey and reduces the stress at the end of the program. It helps in serving as a driving force that makes one to work doggedly, consistently in achieving one’s goal. All one needs is to have the intention from the first day in the varsity and to work towards it. Consequently, it is imperative to state that even if one is not a high achieving student from day one, one can still start from this day to improve one’s self. The tenacity of being successful should be the driving force and believing that there’s no excuse whatsoever for failing in your school. This is because any successful person (be it someone who bagged first class or was awarded the best graduating student or the likes), one sees out there has faced several challenges and crossed several hurdles before attaining it but never gave up. If you aren’t motivated, motivate yourself to work doggedly and vision the future (end). The consequences of your actions. What will be the outcome of today’s actions? Will it be the goad to the dreamland or otherwise. Remember, the early bird gets the worm.

2. Believe You Can: One of the greatest driving force to attainment of one’s goals in this life is believing in oneself. This means believing that no matter what the naysayers and obstructionists say, one can and will reach the promise land (and become who one wants to be). To be a high achieving student or an A-student, you must shun these people who doubt your ability about doing great things. You must believe you can do it regardless of the hurdles, barriers, limitations, bottlenecks and impediments on this your voyage. Always remember that these bottlenecks and challenges are what make the victory sweeter. As it is often said “The harder the battle, the sweeter the victory.”

3. Work: Word in this context refers to reading smart and hard. It involves working towards the goal one has in mind persistently and smartly. To work hard as a student, it is important that one studies hard, smart and attends lecture regularly. It is also imperative to do one’s assignment early and to the best of one’s ability and most importantly teach and impact on others.

4. Be Consistent: Consistency has been regarded as the chief determinant of one’s success in life. It is an important ingredient for one’s success. Aladodo, a renowned poet and author once said “Consistency brings one to the river of perfection, if not perfection itself” hence to improve one’s academic performance or be the best in one’s field, it is critical to study consistently and teach others consistently.

5. Make a Big Promise: Making a very big promise and telling others your goal plays a critical and pivotal in making your voyage to get to any class of degree a reality. This is because youths (lads or lasses) have been known to have a prominent feature which is courage. Hence, making this big promise triggers one to work smartly, consistently and acting on the four tips stated earlier towards achieving and attaining this. Practically, I could remember the beginning of a session where two friends who I know made a big promise. The first lad told the other that he wants them to make a big promise to each other. The first promised to nail a 5.0 in his final year. The other made same promise. So they both agreed referring to their agreement as “the 5.00 challenge”.  At the end of the session, one of them nailed a 5.00 while the other had a result close to the promise. This result which I practically noted is in line with the findings of American society of training and development. They conducted a study on accountability and found that just having goals doesn’t mean attaining it. According to them, if one informs someone (privately) or publicly that one wants to achieve a goal, then the probability of achieving it is 65%.

With all these tips and surrounding yourself with peers with similar goal as yours, then you are on your voyage to this amazing dreamland you have. Remember, what story you want people to tell about you? It is also critical and pivotal to state that reminiscing and pondering over the merits of bagging or being a high achieving student, this will also be another driving force to your dreamland. Always remember, you can’t get to your dreamland/destination without boarding the car for the journey!