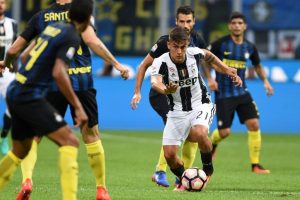 Champions Juventus host Inter Milan at the Turin Stadium in Serie A on Friday. The Bianconeri have accumulated 40 points from fifteen league games this season. Allegri’s men are also the only unbeaten side in the Italian League so far.

Meanwhile, the away side come into the encounter in decent form. Inter have won three of their last five games in the league, scoring fourteen and conceding only 6 goals. Hence, we have prepared a few possible outcomes for your perusal.