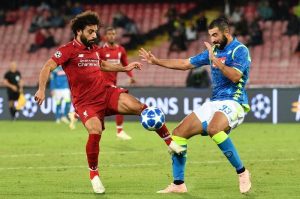 Liverpool host Italian side, Napoli, in a crucial Uefa Champions League game at Anfield on Tuesday. Jurgen Klopp’s men need at least a win to keep qualification hopes alive. The reds have lost their two way games in the competition so far but are unbeaten in their last 18 European matches at Anfield.

Napoli, meanwhile, top of the group going into this clash, and control their own destiny. The Italian side are though, yet to win a CL match in England, losing their last three in the country. Hence, we have prepared a few possible outcomes for your perusal.