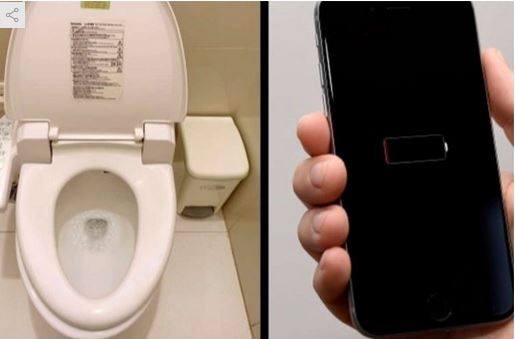 Toilet seats are far cleaner than the average mobile phone – a shocking new study has revealed.

Those clad in leather cases harboured the most bacteria and even phones in easier-to-clean plastic cases have more than six times the germs found on loo seats, reports Mail Online.

While loo swabs showed bacteria on around 220 areas around the seat, the average mobile phone boasted a disgusting 1,479 such spots.

Experts have warned that mobiles become filthy because people take them into the bathroom.

Professor Hugh Pennington, emeritus professor of bacteriology at the University of Aberdeen told the Mail: “Swabbing a smartphone is almost like checking your handkerchief for germs.

“You are likely to find them because of the close physical contact you have with this device several times a day.”

He said that the bugs on mobiles will “probably be people’s own bacteria so the likelihood of passing on disease is low”.

However, Prof Penning added, “it might be ill-advised to pass smartphones around between people.”

Swabs were taken from an iPhone 6, Samsung Galaxy 8 and Google Pixel to test for the levels of aerobic bacteria, yeast and mould present.

The phones’ screens had the highest levels of bacteria, with 100 colony forming units (CFU) per cm2 for the Samsung Galaxy, 40 CFU for the iPhone, and 12 CFU for the Google Pixel.

The study, carried out for Insurance2go, said this compared to 24 CFU on a toilet seat and flush.

Other heavily affected areas for the phones include the back of the handset, the lock button and the home button.

Meanwhile, a beauty blender was found to have 24 CFU per cm2, while a make-up brush had 0.4 CFU,  with high levels of mould, the MailOnline reported.

The study found 5 CFU per cm2 of yeast and bacteria on an office keyboard and mouse.

“High concentrations of microscopic bacteria from your phone’s screen mixed with oil and makeup from the skin, along with heat from the phone, breeds more bacteria.

“This can clog pores and often result in inflammation and acne.

“To combat these problems use a headset when on the phone for a lengthy period of time and regularly wipe your smartphone with an alcohol wipe to remove as much bacteria as possible before using it.”