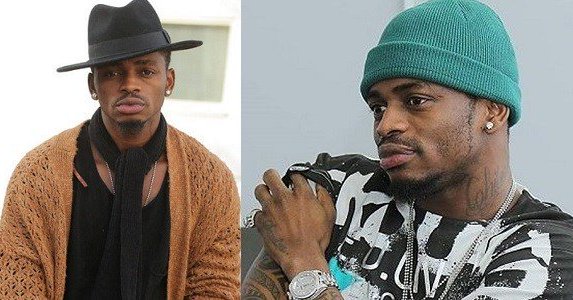 Apparently, he is unhurt as he posted the video about five hours ago.

Meanwhile, Diamond has said he regrets having a child outside wedlock and now is encouraging his fellow men to always remember to use condoms.

The Tanzanian singer made this know during a sit down with 247HH where he talked, among other things, his relationship with his children and having a son Hamisa Mobetto while he was still married to Zari Hassan.

“It was very bad that was the fucking moment in my life sometimes,” said the singer, adding, “I don’t want to think about it. But I my best to give all the kids the love that I have and deserve from me.”

The singer whose marriage to Zari had since crashed continued, “Of course, from there I have learnt something I should even tell my friends. No matter if you have a wife or a girlfriend when you have a side chic make sure you use a condom so it can protect you from not having a side kid because that really bad.”

And he said a lot more.