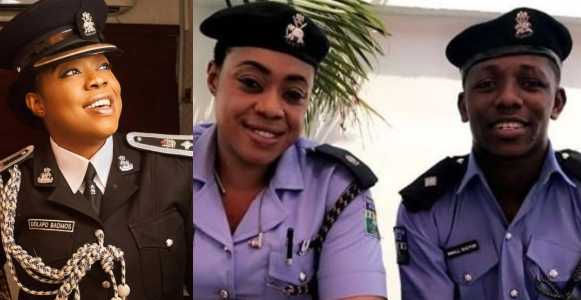 Dolapo Badmus has hinted at being excited at the release of singer Small Doctor. The singer was arrested alongside 3 others for threatening a police officer.

Since his arrest on Monday, many have mocked the Nigerian Police Force because Small Doctor is their ambassador who even once posed in their uniform.

However, an Ebute Metta Magistrate Court freed the singer with a stern warning to avoid any unlawful act in the next 12 months.

Reacting to the news, CSP Dolapo Badmus, who once took a picture with Small Doctor posed in police uniform shared on social media:

“We got him back on track. Iyanu ti shele #Ambassador”