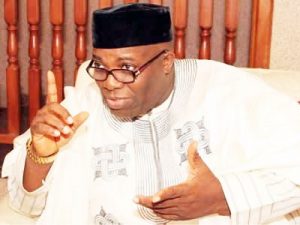 Okupe, who was spokesperson to  former President Goodlluck Jonathan said the officials didn’t have a warrant, no letter or invitation – Asking him to follow them.

In some tweets on Saturday, the former spokesman said the officers finally agreed to leave on d promise that he will see them Monday.

Doyin, however revealed that his offence, according to the EFCC operatives is cyber crime.

Efcc just stormed my house in Ilupeju Lagos asking me to follow them. No letter . No letter of IV no warrant. Saturday!

The officers finally agreed to leave on d promise I will see them Monday. Offence.. CYBER CRIME