Home News Feed El Chapo’s wife says she had no idea he was a criminal...
Facebook
Twitter
WhatsApp 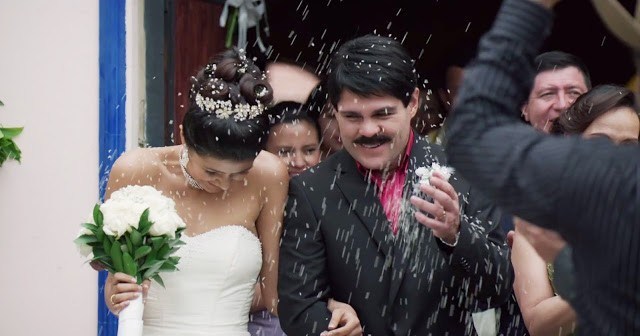 The Los Angeles-born Mexican beauty queen, 29, was asked by Spanish-language network, Telemundo, on Monday if she had any clue about her husband’s criminal activities.

The wife of notorious drug lord Joaquin “El Chapo” Guzman spoke out in a rare television appearance and said the media is responsible for making her husband look like a criminal.
Her notorious drug kingpin husband who is being held in custody is standing trial on multiple charges including murder conspiracy, drug trafficking, and money laundering.

The mother of El Chapo’s twin daughters Emaly Guadalupe and María Joaquina said: ‘Of course not. The media outlets gave Joaquin too much fame,’ Coronel said of her husband. ‘They made him too famous.’
She also accused the media, saying they built up El Chapo’s image as a notorious drug kingpin.

The mother of two added that El Chapo is very confident with how the case is proceeding.

‘He is clearly very positive. Very calm,’ the kingpin’s wife said. ‘I have never seen him calm, really. But as I can see, he is very positive… and very calm.’

Joaquin ‘El Chapo’ Guzman was extradited to the U.S. last year from Mexico. He has pleaded not guilty to drug-trafficking charges, with his lawyers claiming he’s being framed by shady cooperators.