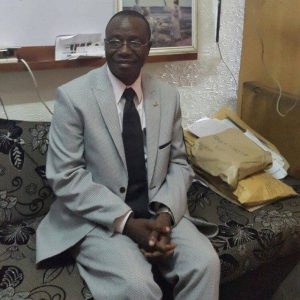 Former Obaafemi Awolowo University (OAU) lecturer,Prof, Richard Iyiola Akindele, has pleaded guilty to the sexual harassment charges against him. Mr Ayodele was taken to country for demanding sex in exchange for additional marks to one of his students identified as Monica Osagie.

The lecturer was first arraigned before Justice Maureen Onyetenu on November 19 by the ICPC on four counts of alteration of age and demanding sex to pass his student.

Shogunle Adenekan, the prosecutor, revealed to the court that parties involved in the case have reached the plea bargain. Hence, Shogunle demanded for a suspended sentence for Mr Akindele.