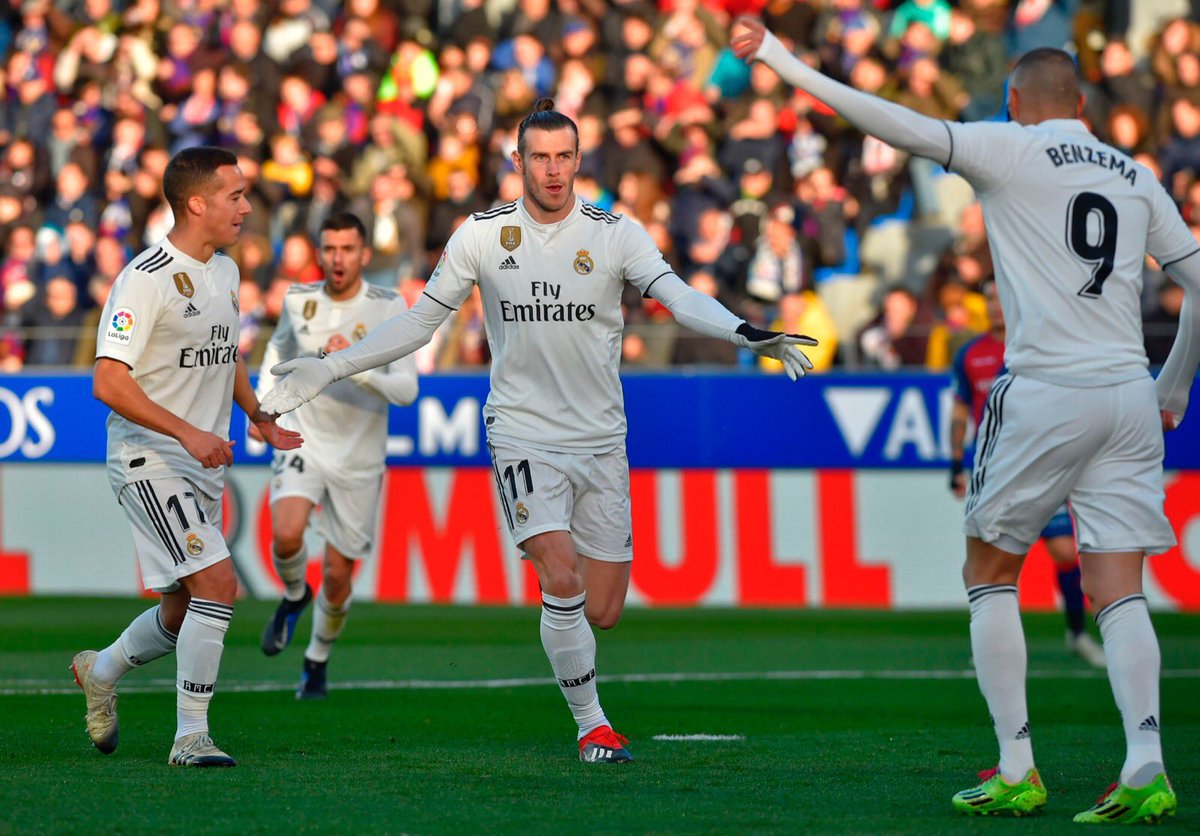 Gareth Bale’s 8 minutes volley proved to be the difference during the champions league holder’s visit to SD Huesca in the domestic league corresponding to match day 15. The goal ends his longest goalless run in the Spanish LaLigaa which stood at 889 minutes of actions before he found the back of the net.

Real Madrid would have their goalkeeper to thank as he kept the host at bay with numerous World class saves to ensure that they take the maximum three points back to Santiago Beanabeu.

As a result of the win, they have now moved into 4th position on the league table and have Barcelona who sit in first firmly in sight with just five points separating the two of them.