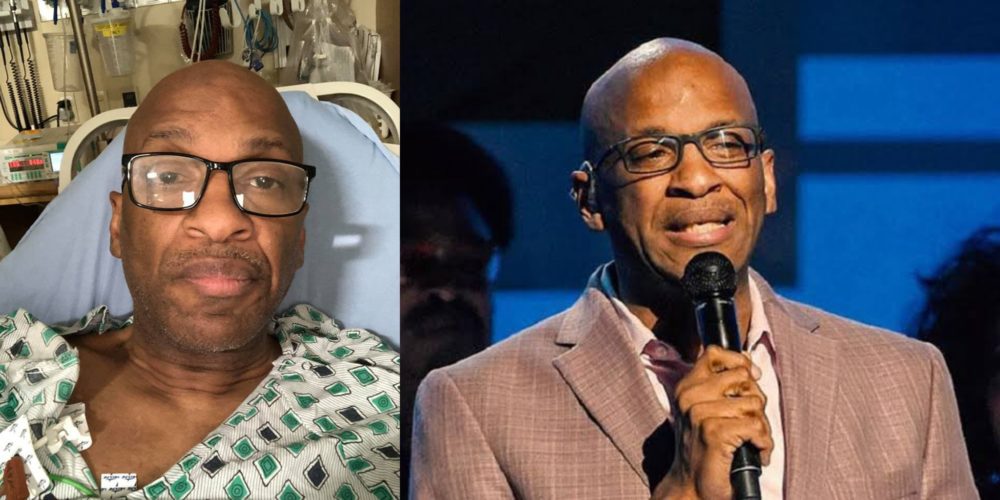 One of the most popular gospel musicians in the world, Donnie McClurkin has been hospitalized. The man landed in hospital after a horrific accident recently.

According to him, he was driving when he suddenly passed out on the highway. However, ‘two human angels’ followed him and helped to rescue him. 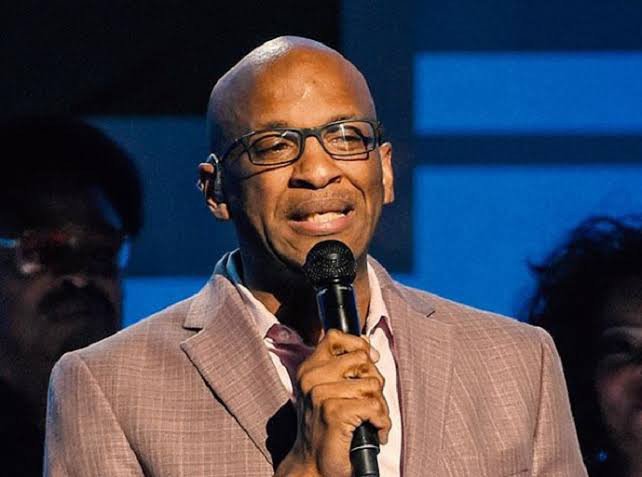 Now, he is receiving lots of tests and is thankful to be alive.

McClurkin made the revelation by himself on his Facebook page. Below is how he told the story:

“Was in a serious accident at 12:50am this morning…passed out while driving on the highway. Totaled the car…hospitalized, going through a myriad of tests…..

“Lost consciousness driving…but two human angels followed my swerving car with their emergency blinkers onto stop traffic ….drove behind me until my car crashed into the middle concrete island. I remember none of it except those two angels pulling me out of the passengers side of the crumbled TOTALED car..airbags deployed…crushed metal and Fiberglas!!

“I am still here by the grace of God! 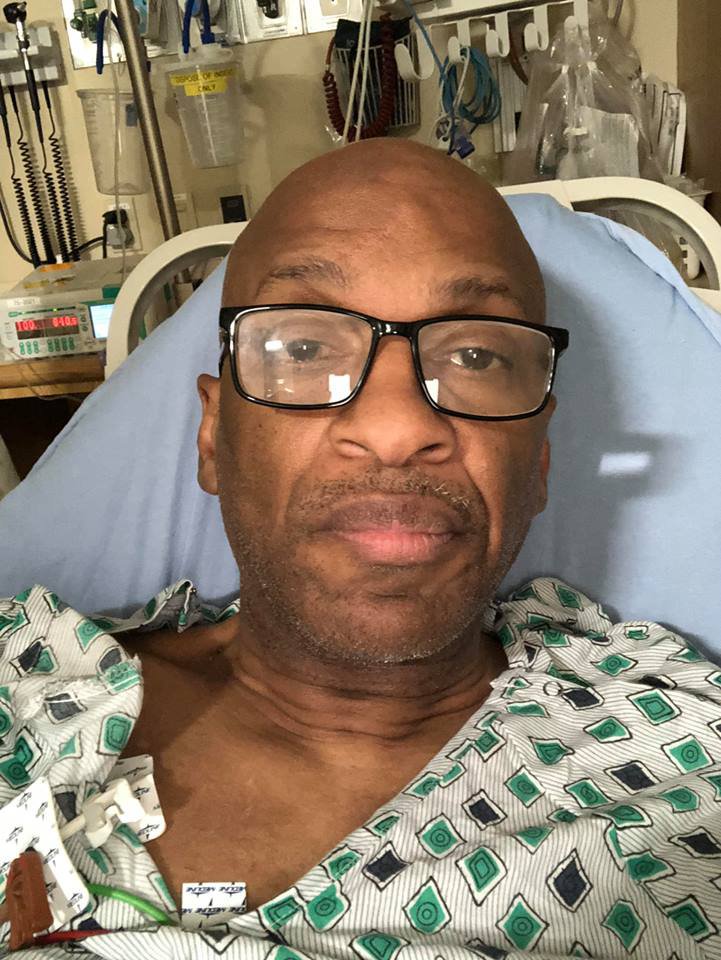 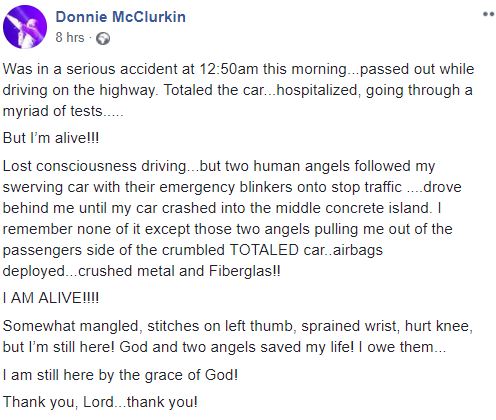