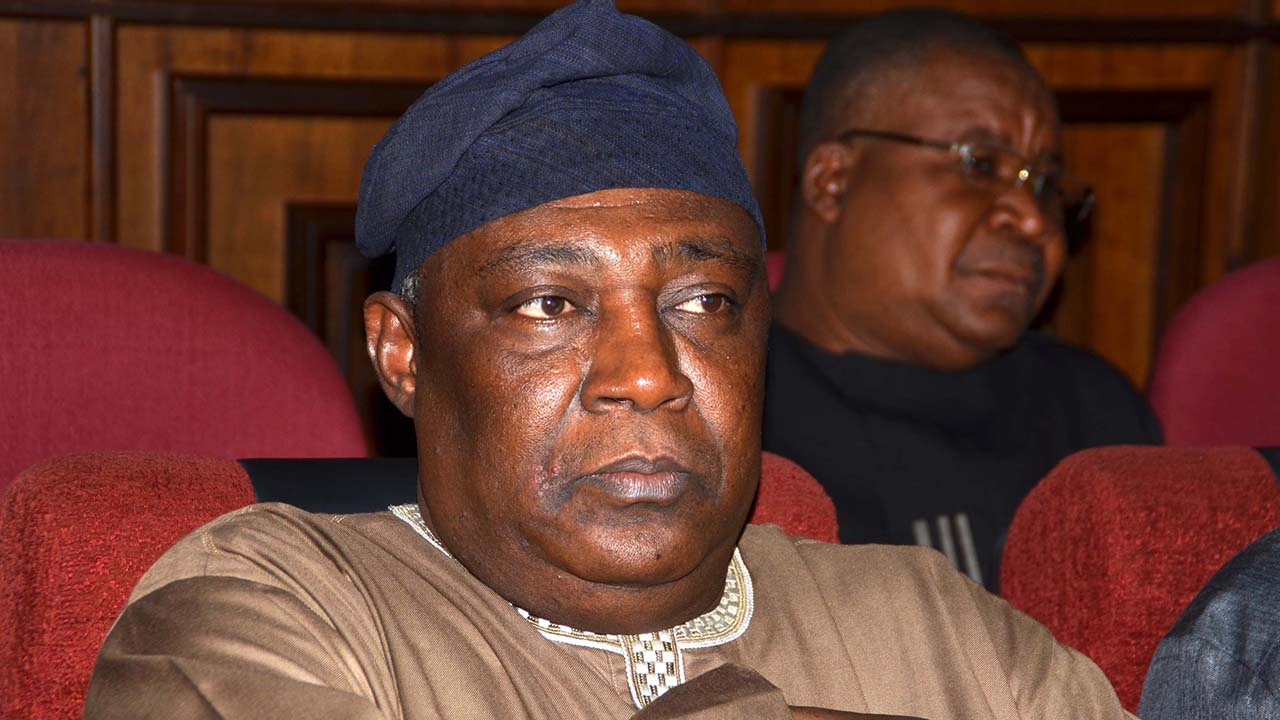 Former Chief of Defense staff, Air chief Marshall Alex Badeh, was on Tuesday, assassinated by unknown gunmen along the Abuja – Keffi road, on his way from his farm.

The assassination of the ‘four star’ general has sparked a serious debate on social media, as many are calling for severe investigation into the tragic incident.

Although, there were quite a number of social media users, who argued that Badeh, is a victim of karma, having allegedly embezzled funds met to fight insecurity – which he was being prosecuted for, for the unfortunate scenario that led to his death.

Nigeria has suffered another great loss with the passing of former Chief of Defence Staff, Air Chief Marshal Alex Badeh. My heartfelt prayers go to his family and our Armed Forces at this tragic time. May the Almighty grant him eternal rest. Amin. pic.twitter.com/Anc0rykZKw

News of the gruesome murder of the former Chief of Defence Staff, Air Chief Marshal Alex Badeh, is both saddening and alarming. My thoughts and prayers are with his family and loved ones, and I hope that those responsible are swiftly apprehended and brought to justice.

Just look at what they did to Alex Badeh! This assassination is too convenient and must be investigated by a Panel of Inquiry. He was s firmer Chief of Defence Staff entitled to armed guards. Where were those guards? #RenisDarts pic.twitter.com/CGEaG4fDRc

The brutal murder of the former Chief of Defence Staff and former Chief of Air Staff, Air Vice Marshall Alex Badeh, is a despicable and cowardly act. Those that were behind it shall not escape justice and they will pay a terrible price for their wickedness. God will avenge!

Alex Badeh fueled insecurity, he was collecting N580M every month from military coffers after paying salaries, insecurity has taken his soul.
I’m not sure what’ll happen to his soul and not even sure if I care

Alex badeh allegedly deprived the Nigerian Military of weapons and kept the money for himself…he is now dead from the insecurity he helped in establishing!

Corruption affects everyone.. including those engaging in it as he allegedly did.

Nigeria is on a low. A 4-star General killed like a chicken, just like that. That means the rest of us are just on a queue.

Too many lessons & questions.

A former Chief of Defense staff-entitled to armed security both at home,work,& in transit. Where were they?

He was gunned down in cold blood.

A victim of the insecurity he helped deepen with mismanagement of military resources.

Let me explain… if it were a military regime, Alex Badeh, a 4 star general, could be Head of State … so imagine one of the Living former Presidents shot dead on the street like a nobody… yeah, that’s how serious it is