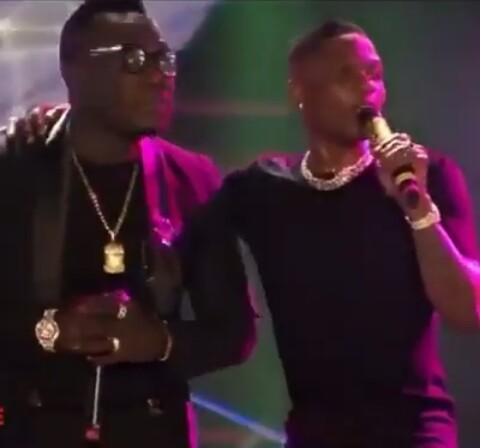 Wizkid who had a sold out concert in his Made In Lagos Concert, yesterday revealed after much speculations that he was the one that begged Duncan Mighty for a collabo in his much talked about Hit song, “Fake Love”.

The concert which had over 20k+ audience is currently the talk of the moment.

Recall that it was earlier reported that a fan of Wizkid fainted during his concert in Ivory coast and this time in Lagos, Nigeria, a fan prostrated for him which in turn Wizkid reciprocated.