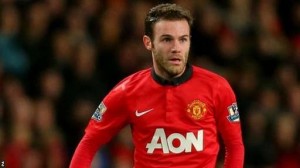 Manchester United midfielder, Juan Mata, has spoken about the departure of their former manager, Jose Mourinho, and also reveal that the Red Devils can get into the top four spot before ending of the year.

He made this revelation while fielding questions from journalists ahead of their fixture with Huddersfield which comes on boxing day.

They are now 8 points adrift of top four spot after Chelsea lost twice in their last four domestic games.

It has been a different week with the change of manager and I’d like to thank Jose for the trophies we won together and wish him luck for the future.

As you will all be aware, the legendary Ole Gunnar Solskjaer is our new boss and we couldn’t have started off upon his return to the club in a better way.

It was a convincing win against Cardiff and it will raise morale going into the end of 2018 and the rapidly approaching New Year.