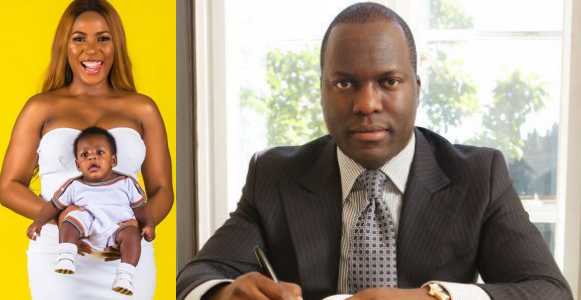 A Nigerian lady, Tessy Ama, has taken to social media to reveal that Linda Ikeji was stalking her baby daddy after the latter revealed she was dumped after getting pregnant.

According to the lady who live close to the 5th roundabout Lekki house, Linda Ikeji mentioned in her post, the blogger was usually sent home for showing up sometimes uninvited, but she made it seem like Sholaye Jeremi was always the one begging.

Read the tweets below;

Linda Ikeji didn’t add the parts where she’d visit Jeremi uninvited and get sent back home because she was literally stalking him. But she said he’s been the one always begging

Jeremi’s story is entirely different from the little I’ve heard. And I know it will blow up soon. Too many lies and she keeps telling more. She even took pictures of her house and made an emotional post about how she’d live her mansion for something not like it. Lin Lin dey lie Sha

Another Twitter user who reacted to the report of Linda Ikeji getting dumped, wrote;