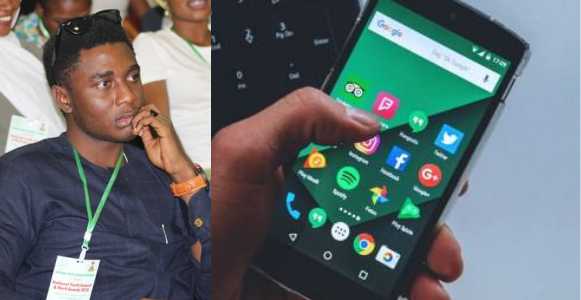 A Twitter user identified as ClintonViceB – DAT AkWa IBoM KING has taken to the platform to reveal how one of his church members came to share a testimony about his faulty phone.

The young man disclosed that a testifier came out in church to share how his phone gave him issue for two weeks and one Sunday, when he saved his pastor’s number in it the mobile device started working fine again.

“So one Testifier came out to give testimony in church today that his phone had been giving him issues for 2weeks and last week Sunday when he got and saved the pastors number, Monday morning he realized the phone was working perfectly. On my life I’m not even joking. Yall asking me to mention the Church lol I honestly can’t but it’s one of them popular churches around.”, he said.