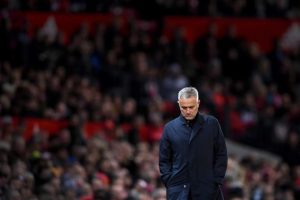 Manchester United have confirmed the departure of Portuguese manger, Jose Mourinho, after two years at the Theatre of Dreams. The club announced via social media on Tuesday.

“Manchester United announces that manager Jose Mourinho has left the club with immediate effect. The club would like to thank Jose for his work during his time at Manchester United and to wish him success in the future. A new caretaker manager will be appointed until the end of the season, while the club conducts a thorough recruitment process for a new, full-time manager.” The club released via its official website

Manchester United has announced that Jose Mourinho has left the Club.

We would like to thank him for his work during his time at Manchester United and wish him success in the future. #MUFC

The Portuguese manager was reportedly sacked due to the club’s poor start to the 2018/19 season. United currently sit 7th in the English Premier League table, winning just seven of their 16 games. Mourinho was appointed on 27 May, 2016. The Portuguese manager won three trophies during his stay at Old trafford.