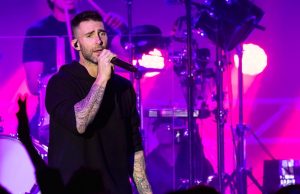 ‘Girls like you’ by Maroon 5 featuring Cardi B is VEVO’s most watched video in 2018. The American pop rock band took to social media to share the news with fans on Wednesday.

Meanwhile, the band is reportedly struggling to find guest performers for the Super Bowl because “No one wants to associate with the NFL due to the league’s response to Colin Kaepernick’s protest.