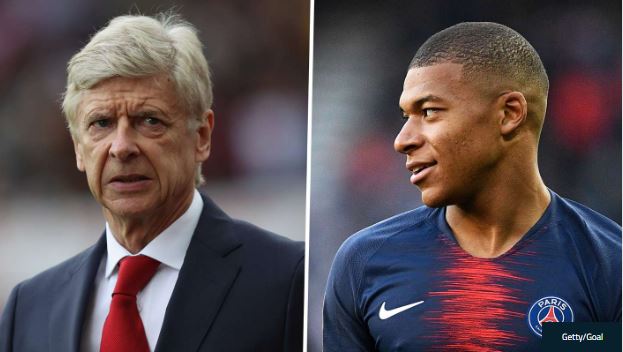 PSG forward Kylian Mbappe has revealed that former Arsenal manager Arsene Wenger was a gentleman after he rejected a move to the Gunners, insisting he wished him luck with his new club.

The 19-year-old met with the former manager of the north Londoners to discuss a possible transfer from AS Monaco before his eventual switch to PSG last year .

Mbappe opted to remain in Ligue 1 and managed to win a domestic treble during his first year with the Parisians, scoring 21 goals in all competitions.

The young attacker has been even more lethal in front of goal at the start of the 2018-19 campaign, hitting 12 league goals in just 10 matches as PSG have once again stormed to the top of the league.

Looking back on his decision to snub Arsenal , Mbappe has said that Wenger was gracious in accepting his final decision.

“He is a real French football monument who has left Arsenal,” he told France Football . “I have not seen many people in this world being viewed in such a unanimous way.

“When the entirety of Europe gets on its knees in front of him to celebrate him, that certainly means something.

“A little while ago, before I signed for PSG, we were in contact in 2017. I chose a different direction but he wasn’t annoyed at me.

“He was a gentleman about it and wished me good luck.”

Wenger left Arsenal at the end of last season, bringing to an end his 22-year spell in charge at the club and was swiftly replaced by former PSG boss Unai Emery.

Meanwhile, Mbappe’s stock continues to rise with each passing game, particularly after he became a World Cup winner with France during the summer in Russia.

The teenage sensation is seen by many as the best young player in the modern game , with him being awarded the first ‘Kopa’ trophy for the world’s top young talent at the Ballon d’Or ceremony on Monday .

Mbappe will be back in action for PSG on Wednesday night in Ligue 1 as the French champions make the trip to Strasbourg.