Home News Feed No Buyers As Naira Drops To N370/$1… Here Are The Latest Exchange...
Facebook
Twitter
WhatsApp
The nation’s currency, Naira, has yet again suffered a blow in terms of its value as new data gotten from the bureau de change operators, indicate a fall of the Naira. 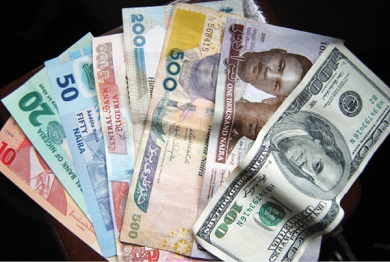 The Naira yesterday exchanged for N370 to the dollar at the black market but many buyers were cautious of staking their fund at such rates.

It was the local currency’s weakest position against the greenback since August, last year.

But there are plans for a $90 million inflow through the International Money Transfer Operators (IMTOs) to the bureaux de change (BDCs) to lift liquidity levels in the market.

The weakening of the naira at the parallel market has been linked to drop in crude oil prices due to oversupply.

The opening up of political campaigns for parties ahead of the 2019 general elections by the Independent National Electoral Commission (INEC) has also affected the local currency’s position as campaign spending rises. These occurrences are deterring foreign investors from bringing in dollars, traders claimed.

He said: “Our checks showed that buyers were not staking their money at such rate because they saw it as speculative. The expected inflow of about $90 million through the International Money Transfer Operators (IMTOs) is expected to bring stability to the naira.” 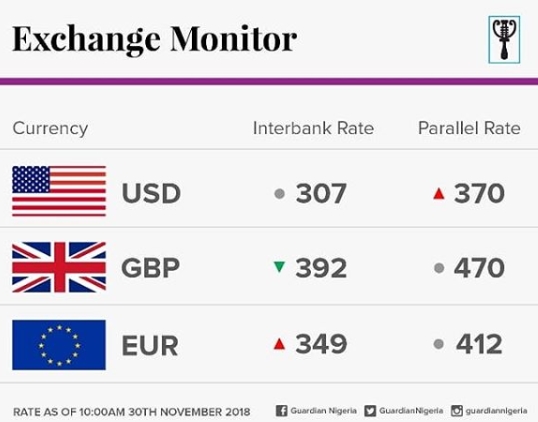 Gwadabe also attributd the currency’s weakening as handiwork of speculators. Traders alleged that some black market outlets were hoarding dollars, fearing a recent sharp fall in oil prices could lead to a shortage of the dollar.

Global prices of oil have dropped more than 20 per cent this month. Traders now fear that the Central Bank of Nigeria (CBN) may not have enough reserves to defend the currency against a possible further weakening of oil prices as foreign investors have been pulling money out of Nigerian assets.

“There’s no new investment coming in and oil prices have been dropping so investors are watching while some are exiting,” one trader told Reuters.

The CBN has been using up foreign exchange reserves to keep the naira stable, spending $2.2 billion in October to prop up the currency as foreign investors have also left the market in favour of rising interest rates in developed economies.