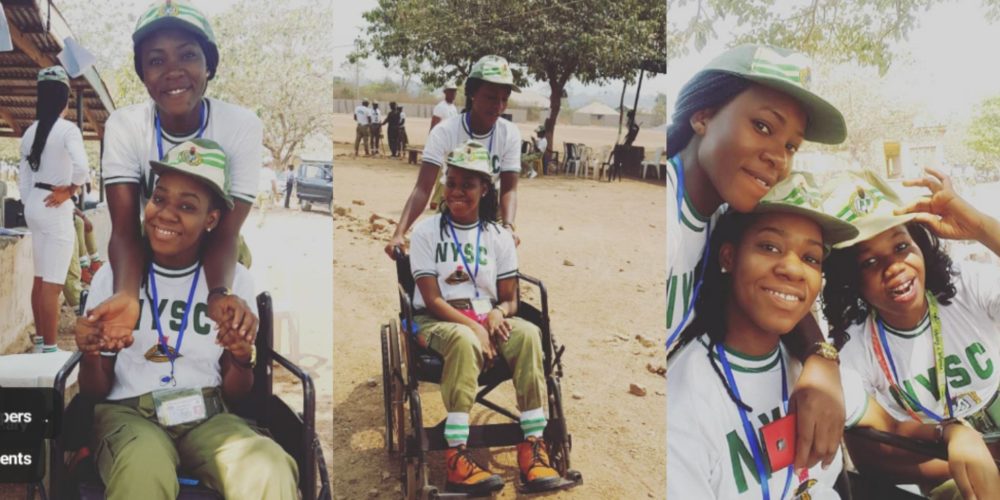 A physically challenged corper who turned up with others for their Orientation before deployment in Taraba State, has narrated how a colleague became a mother figure to her in camp. 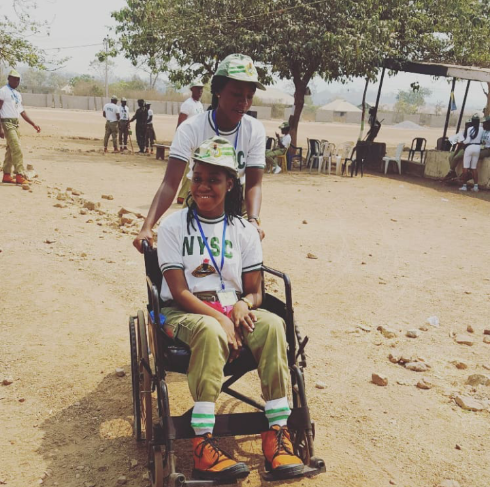 According to the physically challenged corper, this colleague who became a mother figure to her will will carry her to the bathroom and also go the ‘mammy market’ to get things for her. 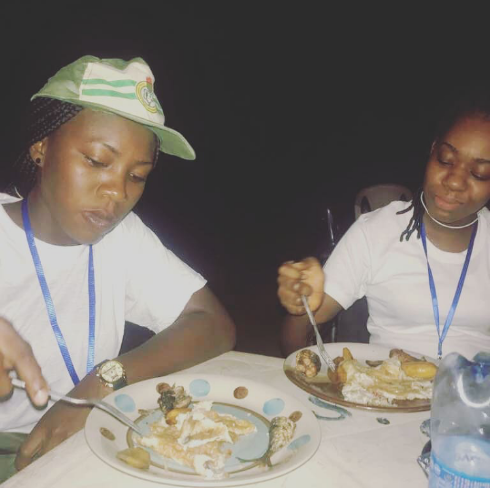 DAY 5: Ogechi Okolie Before embarking on that trip, I had prayed for a mother figure amongst other things. At the park, I’m still seated in the car and I see some young people gathered around the bus I’m supposed to board and I’m just looking to be sure that my big box has been put in. . The driver stopped at Onitsha to fix the brakes of the bus for the journey ahead. Everyone came down to stretch and buy stuffs. Wisdom helped me stretch my legs on his seat before leaving, and so I watched as they went in and out of the bus.

After a while, a girl came and stood at the entrance of the bus and said ;I know you! Errm.. I didn’t know what to say cos she didn’t even look familiar in any way. She said it again and explained how she used to see me in school, most times with my brother. She told me her department and I remembered that we had taken lectures together sometimes, but hey, I still didn’t know her. Well, she said her name was Ogechi and we talked for a bit before she went back to her seat. That was the second friend I made in that bus. . They all got down at the gate except me. After the guy who helped me to the hostel left, it dawned on me that I was on my own. 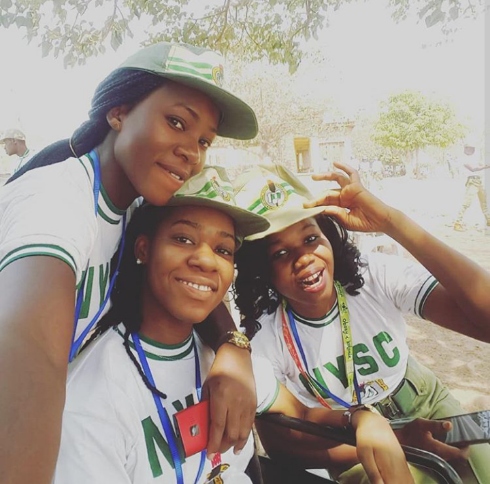 I was just sitting on my bed arranging things in my head when I heard someone say, So, this is where you are. I’ve been looking for you;. Guess who.. Oge of course. She helped me get settled and showed me that her bed wasn’t so far from mine. She gave me her number and told me to call her or shout her name if I needed anything. . Next morning, Oge carried me on her back to the bathroom instead of using the chair.

We completed our registration process and were coincidentally in the same platoon. One day, she sat me down and told me that she had been asking God why she was posted to Taraba and that the moment she met me, she found her answer. From going to the market to eat, to getting my meals, Oge played the mother part so well till I met other people. . Ogechukwu, my dictionary is blank right now. There are no words. Thanks for mothering me so well. The Master had need of you and you made yourself available. He’s making Himself available to you too in ways you can’t imagine! 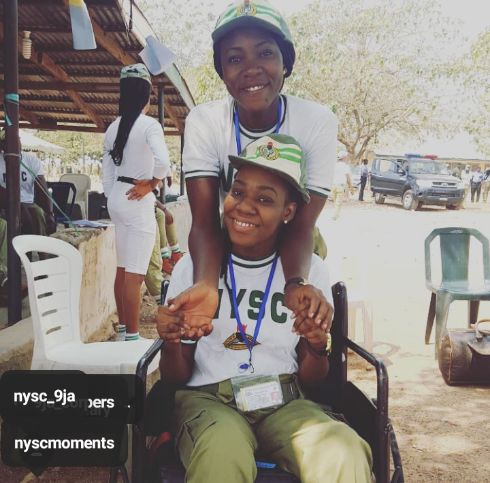 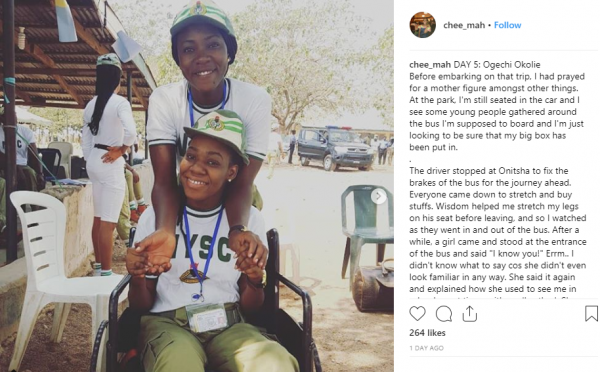