President Buhari finally speaks after accusation of being cloned

Nigeria’s President, Muhammadu Buhari has reacted to reports spreading like wild fire that he had been cloned.

This rumours has been debunked by the Personal Assistant to the President on New Media, Bashir Ahmad who revealed in a twitter post and while addressing Nigerians in Poland, he said some people had wished him dead when he was sick for many months.

“A lot of people hoped that I died during my ill health. It is real me… I will soon celebrate my 76th birthday and I will still go strong. — President @MBuhari this evening in Kraków, Poland. His response to a question of him being cloned.”

Meanwhile, the self-acclaimed leader of the proscribed Indigenous People of Biafra (IPOB) Nnamdi Kanu, has countered the assertion of the Minister of Information and Culture, Lai Mohammed, alleging he said President Muhammadu Buhari was cloned.

Concise News reports that the Minister had said the idea of Buhari being cloned was “not only absolute idiotic but also sheer bunkum.”

The Minister said the insinuation “does not require any response from any responsible government or its agencies,” apparently paying deaf ears to Kanu’s claims. 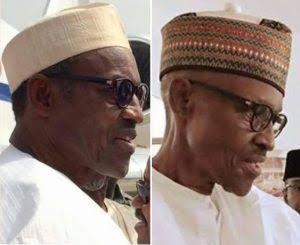 Reacting to Mohammed’s statement during a live broadcast via radio Biafra on Saturday, Kanu clarified that he only said Buhari was an imposter and not cloned as the Minister was quoted to have said.

“We are going to dismantle the lies of Lai Mohammed and his brother, there was one Yoruba senator, very mischievous and a lying toad, he said he owes a doctorate degree in genetics as anyone heard about the man before? He a Yoruba senator.

“Do you see how clever they are? This Yoruba senator said that nobody can clone a 75-year-old. Lai Mohammed echoed the same sentiments.

“If you’re not intelligent enough, you will think Nnamdi Kanu said that Buhari was cloned into Jubril, that was not what I said. I said that Jubril is an impostor. They brought him in to act and behave like the dead Buhari. I never said he was cloned. But you see how clever these lairs are? Like lying Mohammed.

“In a move that betrayed the shallowness of the zoo media and gangsters in Aso Rock. Lai Mohammed and all the rest of them. The stupid introduction of cloning into the narrative was a deliberate ploy to confuse you because they know you are black, you will be confused,”