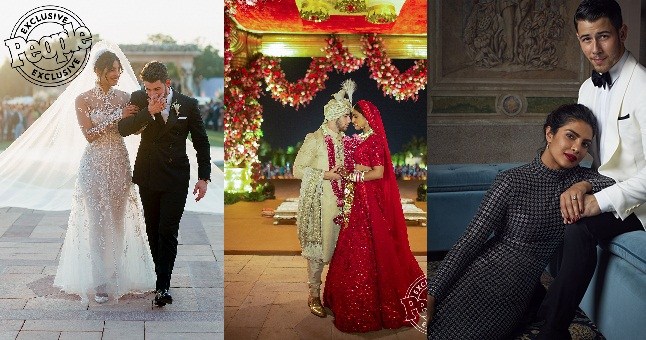 The first pictures from the flamboyant wedding of actress Priyanka Chopra, 36, and her husband, singer Nick Jonas, 26, have been released online.

The couple’s wedding photos were shared by People magazine, and they were also featured on its cover.

Priyanka and Nick had both their Christian and Hindu ceremonies over the weekend in India, and it was attended by 225 guests.

For the Christian ceremony, the bride walked down the aisle in a custom Ralph Lauren gown, which took a total of 1,826 hours to complete and featured two million mother of pearl sequins, with her groom matching in a suit from the same US designer.