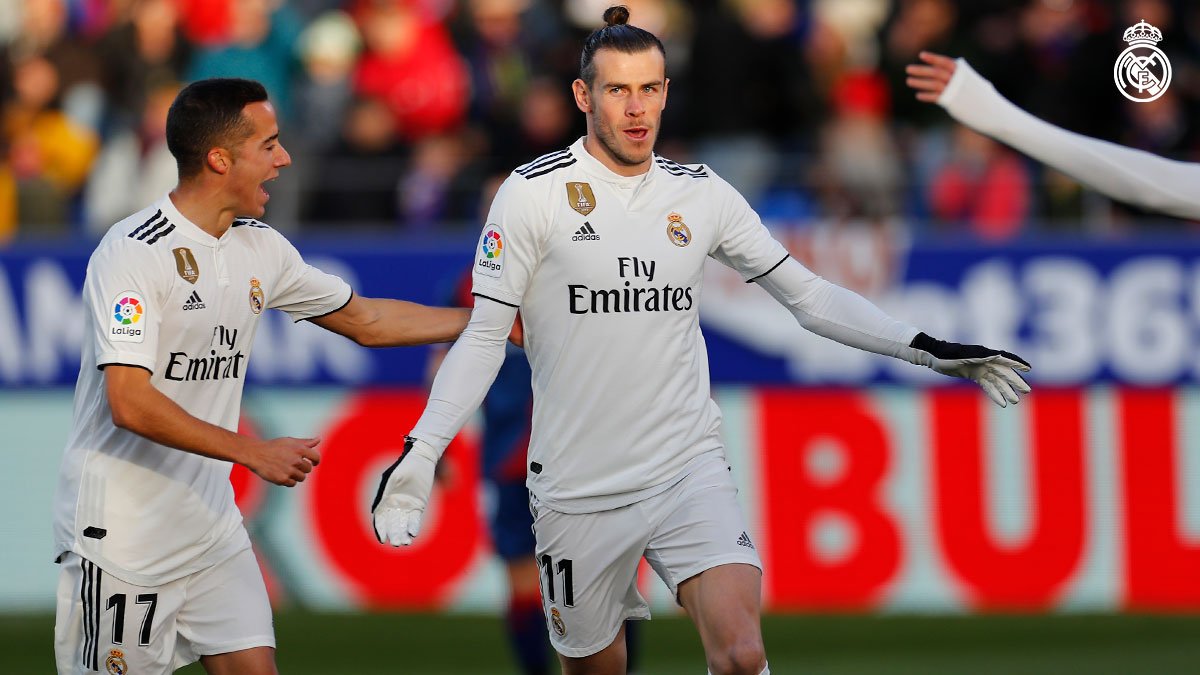 Real Madrid winger, Gareth Bale, ended his 100 games drought in the domestic league with a beautiful first time volley after just 8 minutes of play from a  Alvaro Odriozola’s deep cross yesterday during their visit to Huesca. The goal went on to be the only goal of the contest as Real Madrid had to hold on to their slender lead.

The Welsh International who is widely considered as the heir to Cristiano Ronaldo’s legacy at Real Madrid had not found the back of the net in 10 LaLiga games prior to the opener yesterday. This is his longest goalless run since he moved to the Spanish LaLiga side, Real Madrid.

His goal yesterday has stirred reactions from lovers of  the round leather game with some fuming that how can somebody who wants to be the focal point of attack for the champions holder not scored in 10 domestic league games.

Video of the goal below:

I heard that Ronaldo’s successor at Madrid, Gareth Bale just scored in La Liga for the first time in 100 day.
I see you Bale, keep being Inconsistent 👍🏼