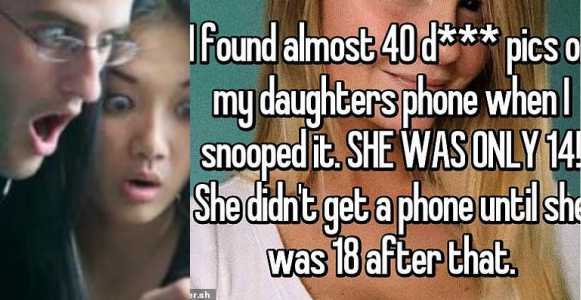 In a thread shared on anonymous confessional app Whisper, parents have revealed the shocking secrets they discovered after snooping through their children’s private belongings.

One parent revealed that she discovered her daughter met up with a 30-year-old man who was later punished with prison time.

Another disclosed that she found 40 d*** photos on her daughter’s phone when she went through it.

See what others said below;