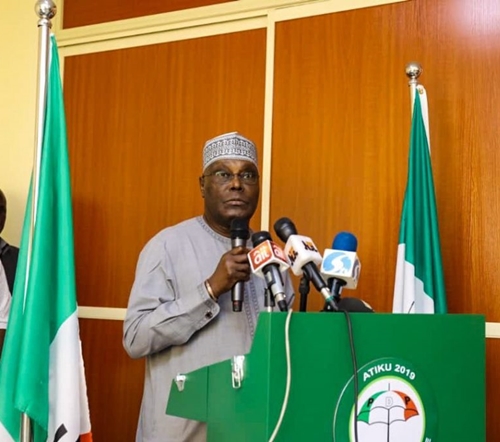 The Peoples Democratic Party, PDP has said the party is fully ready to take over the Southwest from the ruling All Progressives Congress, APC.

The opposition party made this known via its handle on Twitter, on Wednesday, in preparation for its Southwest rally –  According to the party, the zone is too ‘educationally exposed’, to allow ‘certificate forgers’, continue to preside over its affairs.

The party also mentioned an expansionist in the Southwest, who with the collaboration of his cronies have made life miserable for the people of the zone by stealing public funds, forcefully taking over territories.

The PDP kicked off it’s presidential campaign on Monday, in preparation for the forthcoming election in the country. The campaign rally which kicked off in Sokoto, then Kwara state, on Tuesday, saw a huge crowd.

S/W Zonal Rally: The PDP is set to dislodge the failed and discredited APC in the South West in 2019. The Zone is too sophisticated and educationally exposed to allow certificate forgers, incompetent leaders and fraudulent elements to continue to sit over their affairs.

The APC expansionist in the South West and his cronies have looted the resources of the zone and made life miserable for the people through forceful territorial occupation, direct stealing of public funds,annexing of public property and income generating institutions, etc.

Nollywood actress, Nadia Buhari has reacted to the demise of popular basketball star, Kobe Bryant by expressing that her heart is breaking for Vanessa...
Read more
- Advertisement -