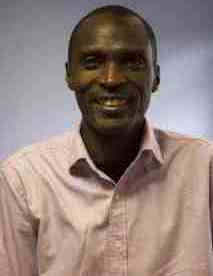 A video has emerged online, of some men dressed as officers of the  Nigerian army, executing some civilians and their donkeys in the North Eastern part of Nigeria.

Ogundamisi, tagged the Defense Headquarters, via their Twitter handle, hoping that an investigation is carried out, on the matter – in order to fish out the culprits of the gruesome act.

Although some Nigerians who reacted to the video, argued that the executed civilians could be, those people supplying food stuffs and information to Boko Haram terrorists. However, Ogundamisi says even if this were true, the men ought to have been taken in for questioning and not executed without trial.

According to him, “a lot had been achieved in terms of security and the rules of engagement, we have a lot to do, and we can improve. Acts as seen in the video will compromise the heroic efforts of the greater majority of our forces, who by the way are doing their very best within the limitations.”

.@HQNigerianArmy find here few minutes in a 4:36 video, what I have decided to do is not to publish the moment the men dressed in military uniform executed the 2 civilians and their donkey. This is unacceptable
1. Investigate
2. Bring them to justice
3. Make your findings public pic.twitter.com/Xzkf3vw9g7