A suspected internet fraudster, popularly known as Yahoo Yahoo boy was yesterday, apprehended while trying to steal someone’s underwear in the Okpella area of Edo state.

In a viral video which emerged online, the young man was seen confessing that he was introduced to a Hausa man by a mutual friend identified as Collect. 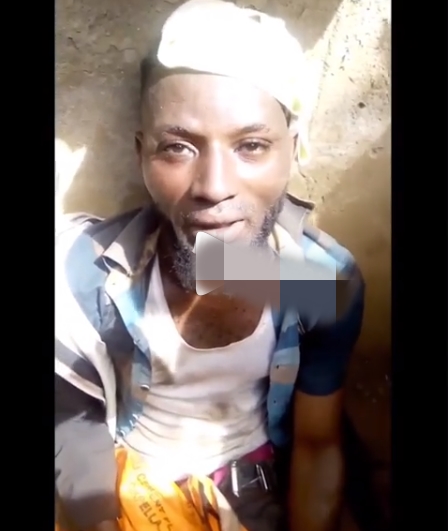 He said that the Hausa man revealed to him that the new secret to getting rich quick, lies in ritual using pants.

According to him, the Hausa man paid for the motorcycle that brought him to the street where he attempted to steal an underwear before he was apprehended.

Watch a clip of him confessing below.