Rumour has it that a woman was apprehended while trying to behead her own daughter on Wednesday in Delta state. 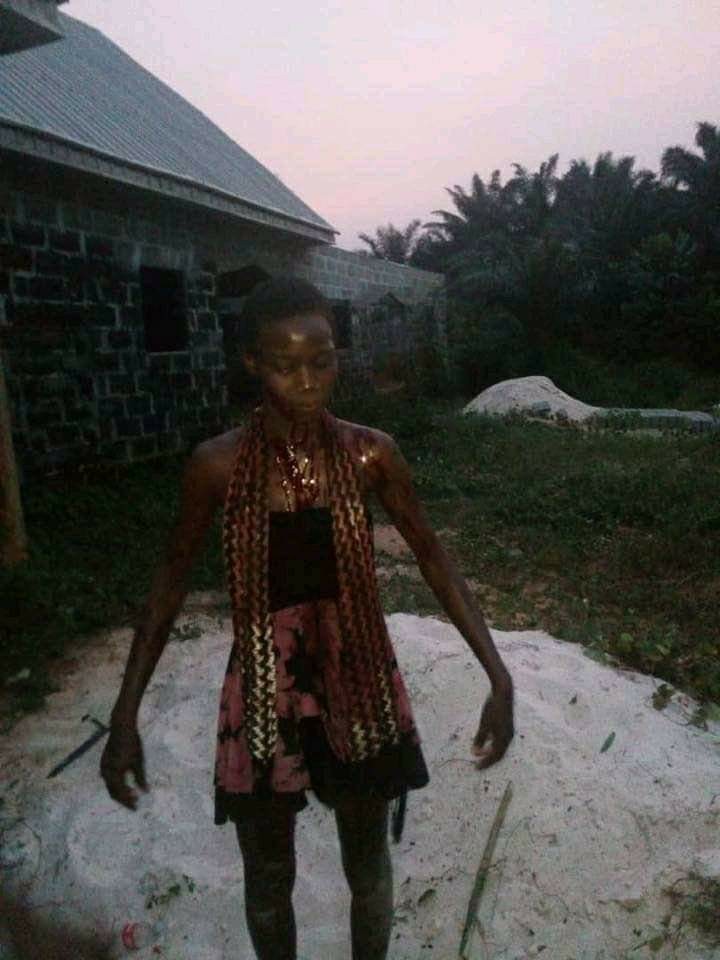 According to Facebook user Isaac Omoyibo, the woman was allegedly caught in an uncompleted building while trying to behead her twelve years old daughter for reasons best known to her.

Pictures shared online show the young girl with blood all over her body and the supposed mother laying on the ground with blood stains after being allegedly nabbed while ‘trying to commit murder’.

The alleged incident was said to have happened yesterday evening at No Tension Street, Off Kpateghe Road, Oghara Ethiope West Local Government area of the state.